George Hook is retiring from his role at Newstalk

After 16 years with the station, he's leaving at the end of his current contract.

Newstalk have announced that George Hook will be leaving the station after working behind the microphone for 16 years.

During his time at the station, Hook has presented the evening drivetime programme The Right Hook, High Noon, and most recently, Hook’s Saturday Sit In. 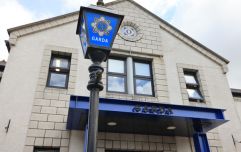 END_OF_DOCUMENT_TOKEN_TO_BE_REPLACED

Last year, Hook was suspended from air following comments that he made about rape victims.

He then returned to the station as the presenter of a weekend show, Hook’s Saturday Sit-In.

Patricia Monahan, Managing Editor of Newstalk has said: “George has been with Newstalk since we launched in 2002 and in the intervening 16 years has made a great contribution to the station. I would like to take this opportunity to thank him and wish him well in his retirement.”

Hook's last Saturday Sit In will be broadcast in December.

The Big Reviewski || JOE · The Big Reviewski with Andy Serkis, Squid Game follow-ups & the return of Succession
popular
Claire Byrne was having absolutely none of Nigel Farage's claims on Monday night
Netflix has revealed the release date for new episodes of Ozark
Confusion reigns over social distancing element to nightclub reopening plan
An underrated Denzel Washington thriller is among the movies on TV tonight
Largest aircraft in the world touches down at Shannon Airport
CONFIRMED: Nightclubs to reopen, weddings at full capacity and Covid Passes to remain
Man in his 60s killed following fatal road traffic collision in Monaghan
You may also like
1 month ago
People warned to avoid Kabul Airport amid "very high threat" of terror attack
1 month ago
An Afghan woman has given birth on a US military flight to Germany
6 months ago
NASA launches first controlled flight on another planet with Mars Helicopter
7 months ago
Three gardaí injured, one hospitalised after anti-lockdown protest in Dublin
1 year ago
The full transcript of Leo Varadkar’s St. Patrick’s Day address to the nation
1 year ago
Harvey Weinstein found guilty on two counts, first-degree sexual assault and third-degree rape
Next Page