African winds bring with them dust from the Sahara Desert, presenting a potentially huge health issue.

Earlier this weekend, we reported that the current European heatwave has proved to be fatal, as three men were reported dead in Spain from heatstroke, even as the heatwave is set to get worse.

On Sunday, it is reported that anyone in the area - or any tourists travelling to mainland Europe, particularly Portugal and Spain - should be aware that the temperatures are set to continue to climb up to 50C.

Some flavoured vaping products could soon be banned in EU

END_OF_DOCUMENT_TOKEN_TO_BE_REPLACED

Causing the temperatures to climb even higher are strong winds coming from North Africa, bringing with them dust and sand from the Sahara Desert, which could prove to be a serious health risk to the young and the elderly.

All tourists are being advised to stay out of the sun during peak hours and to keep hydrated at all times.

Accuweather are reporting that temperatures soared to 44C (111F) in Lisbon on Saturday, breaking the all-time record of 43C (109F) set in August 2003.

The weather prediction company's president made the following statement: 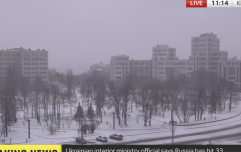 END_OF_DOCUMENT_TOKEN_TO_BE_REPLACED

"The actual total human toll may not ever be known as heat-related fatality reports are historically underdone since not all deaths are correctly attributed to heat and some result from accelerating serious health issues and the fatalities show up weeks later. The elderly and those with pre-existing conditions, such as asthma and heart failure, are likely to face declining health due to exacerbation of their conditions due to weather.

"Heat exhaustion and stroke, dehydration, migraines, loss of sleep and mood alteration can all occur due to dangerous heat. Historical data shows that more people are likely to be involved in vehicle crashes due to heat-related impacts, such as decreased ability to concentrate, the poor quality of sleep they get and impaired mood." 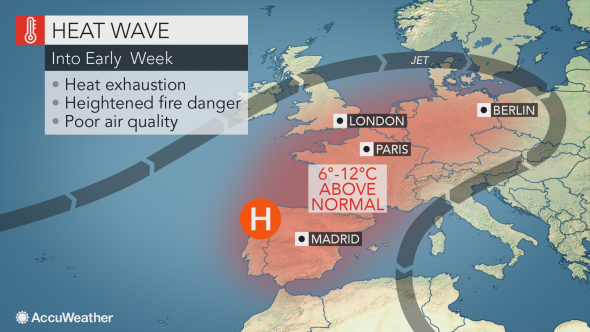 popular
QUIZ: Can you name all the countries beginning with A?
Elderly Irish man stabbed to death on mobility scooter in London
Here's how to make €9-11 on Revolut in just a few minutes
New car-free town with population of 85,000 set to be built in Dublin
Galway City Council street cleaners claim Lotto jackpot worth over €5.5 million
Articulated lorry driver in his 20s dies in Tyrone
A terrific '90s crime drama is among the movies on TV tonight
You may also like
2 months ago
Galway named one of the top 10 best European cities to raise a family
4 months ago
Dublin Airport officially the second most stressful in Europe
8 months ago
Over 65s in France without booster will lose Covid pass
10 months ago
Irish people aged 18-20 entitled to apply for 60,000 free passes for rail travel in the EU
1 year ago
It’s official, your pint is one of the most expensive in Europe
1 year ago
Spain to legalise euthanasia from June in landmark ruling
Next Page