Britain leaving the EU will have an impact on its relationship with Ireland but it will also affect the young people studying in this country.

The Union of Students in Ireland has had its say on the effect that this result will have for students across the country. 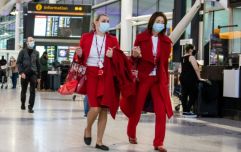 END_OF_DOCUMENT_TOKEN_TO_BE_REPLACED

According to the USI, one in twelve Irish graduates emigrate to the UK for work.

It could now take years to broker new trade agreements between the UK and the EU. This will cause years of uncertainty for British and Irish trade, which will have a knock-on effect for employment and enterprise prospects for young people.

Students from Northern Ireland who are studying in the Republic of Ireland may face increases to their fees. They will have to pay non-EU fees for college registration, which are significantly higher. Kevin Donoghue, President of the USI, said that he hopes that new agreements can be set up to prevent such a rise in costs.

There has been a huge growth in the amount of international studies for postgraduates, as well as the number of students participating in the Erasmus programme. This could now be stunted by new visa rules.

Erasmus is an EU initiative which means that anyone studying in Northern Ireland will no longer be eligible for the programme, which enables students to travel as part of their college course. 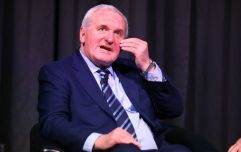 END_OF_DOCUMENT_TOKEN_TO_BE_REPLACED

"The Erasmus programme is one of the EU’s most successful social policies to date," Donoghue said.

"The huge advantages to the internationalisation of higher education institutions will be heavily eroded both in Northern Ireland and the Republic of Ireland as more visa and border controls come into play."

Donoghue also stressed that funding for higher education grants for research from the EU will be cut if Britain is not longer part of the EU.

This will affect Irish students who apply to these research programmes.

"Things will be more difficult in these areas now that they were," he said.

Although Donoghue said that these changes could take two years to come into effect, he concluded that the result is 'disappointing' and 'depressive.'

popular
One of Keanu Reeves' best movies has just been added to Netflix
"Clear as daylight" that unvaccinated people are a risk to themselves and others - Taoiseach
Met Éireann issues Orange weather warnings for five counties ahead of Storm Barra
QUIZ: Do you reckon you can get 15/15 in this General Knowledge Quiz
A terrific crime thriller is among the movies on TV tonight
The JOE Movie Quiz: Week 131
QUIZ: Can you get full marks in this General Knowledge Quiz?
You may also like
1 month ago
Dominic Cummings claims UK government always intended to "ditch" Northern Ireland protocol
1 month ago
Simon Coveney says UK demands on Northern Ireland Protocol a "red line barrier to progress"
2 months ago
Supply chains could be "seriously disrupted" by lorry driver shortage similar to UK
2 months ago
EU lorry drivers vow not to help UK get “out of the s**t they created themselves”
2 months ago
BBC reporter Phil McCann responds after going viral
2 months ago
BBC reporter covering petrol shortage called Phil McCann
Next Page