Taoiseach Enda Kenny has made it clear that he has urged the United States to allow Norwegian Air International to fly from Cork Airport to Boston.

The route is being opposed by aviation unions in both the US in Ireland. Bernie Sanders, who won many admirers when he ran for the Democratic nomination for the presidency, has been a vocal opponent of the proposal.

However, Enda Kenny has said that he has asked President Barack Obama to do what he can to enable the route - but many believe the matter won't be decided on until after the upcoming presidential election. 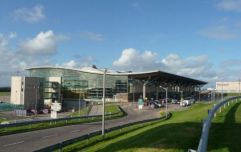 END_OF_DOCUMENT_TOKEN_TO_BE_REPLACED

According to the Irish Times, the Taoiseach said while speaking in Cork: “What I have done is that I have raised this with the President of the United States on two occasions."

"We have had discussions at a European level and at an American level. You can’t get any higher than the American president."

Kenny clearly appears confident about the approval of the route, saying: “The issues raised by the American airlines have been referred to and dealt with comprehensively but it is a matter for common sense to prevail here for a situation that is in compliance with the Open Skies agreement."

Kenny went on to say that he believes NAI can do for the long-haul flight what Ryanair have done for the short-haul flight.

All we know is that if it makes it any easier/cheaper for us to get stateside, we're in favour of it.