Ireland has experienced its highest temperatures today since 1976

We're getting closer and closer to the all time record.

Back on 26 June 1887, Ireland had the highest ever recorded temperature, when parts of Kilkenny hit a practically Caribbean level of 33.3 degrees.

Today, almost 131 years to day, Ireland is in the midst of another massive heatwave, and while we haven't quite reached that record, Shannon Airport did hit 32 degrees this afternoon, making it the highest temperature in all of Ireland since 1976. 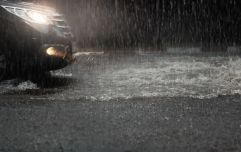 END_OF_DOCUMENT_TOKEN_TO_BE_REPLACED

That is a massive two degrees up from what was recorded to be the highest temperature earlier today, when Mount Dillon in County Roscommon reached 30.1 degrees.

So that means there is a chance that the highest temperatures for the day have yet to be recorded and logged.

While many people are enjoying the out-of-the-ordinary heat, the rocketing temperatures has spurned on a nationwide weather warning which will be remaining in place until Friday night, while Irish Water have warned that the majority of the country is at risk of water restrictions due to a huge increase in demand.

And last but not least, don't forget to stay safe in the sun!

UPDATE: Met Eireann have clarified that it is actually the hottest JUNE temperatures since 1976:

Today's max temp of 32.0°C recorded at Shannon Airport is the highest JUNE temperature since 1976, when Boora in Co. Offaly recorded 32.5°C

Advertisement
House of Rugby Ireland · Quinn Roux on finding a home in Ireland and Mike McCarthy brings the absolute HEAT!
popular
RTÉ Prime Time footage shows tanned Irish holidaymakers returning from Lanzarote
Hedge fund requires bailout after Reddit users cause 800% increase in GameStop shares
Here are the best movies on TV this evening
QUIZ: Can you name all of these countries just from one of their cities?
Holly Willoughby criticises influencer for travelling to Dubai during pandemic
QUIZ: Do you know the collective name for these groups of animals?
Bill Gates hits back at "crazy" and "evil" conspiracy theories posted about him on social media
You may also like
5 days ago
Snow and ice warning issued for 13 counties ahead of bitter weekend
5 days ago
Accumulations of snow in many areas forecast as temperatures set to drop below freezing
1 week ago
Status Yellow rainfall warning issued for 11 counties
2 weeks ago
Rain and ice warnings issued for seven counties
2 weeks ago
Weather warnings in place with temperatures expected to drop to -8
2 weeks ago
Temperatures to plummet to as low as -8 degrees tonight
Next Page