"She was attractive, but you know, beauty is in the eye of the beholder."

Ian Bailey has said that French filmmaker Sophie Toscan du Plantier was not "the most beautiful of people".

Speaking to Colette Fitzpatrick during Monday night's The Big Interview, Bailey added that while she was "attractive", "beauty is in the eye of the beholder". 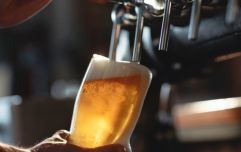 END_OF_DOCUMENT_TOKEN_TO_BE_REPLACED

"All I know is from the photographs I've seen of her, and to my eyes, she wouldn't have been necessarily the most beautiful of people," he said.

"She was attractive, but you know, beauty is in the eye of the beholder as we know."

Last week Sophie's son, Pierre-Louis Baudey-Vignaud, called for the Director of Public Prosecutions (DPP) to put Bailey on trial in Ireland while speaking on Friday night's edition of The Late Late Show.

Baudey-Vignaud said on Friday: "It's been 25 years. The truth has not arrived yet. We must end this story, for me, for my mother, for Irish people."

"Irish people, you have a murderer still living in Ireland," he added, calling on the extradition of Bailey for a trial in France.

Bailey said during the Big Interview that he believes Baudey-Vignaud was speaking directly to him.

"I think he was yeah, I watched that, when I heard that that was going to happen I made it clear that I think I should have been offered the possible chance of redress," he said. 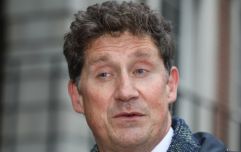 END_OF_DOCUMENT_TOKEN_TO_BE_REPLACED

He added that the interview was "so deeply sad", saying that he is "hoping and praying" the truth will come out.

"I know he believes that I murdered her, but I had nothing to do with it," he said.

He also reiterated earlier comments that he has his "own theory" that Toscan du Plantier's killer is already dead.

Earlier this week Bailey claimed that he knows who killed Sophie Toscan du Plantier, adding that he believed the murderer is already "dead".

Bailey told Newstalk on Wednesday that he had his own "theory" as to who killed Toscan du Plantier, saying that they passed away "quite a long time ago". 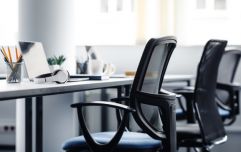 END_OF_DOCUMENT_TOKEN_TO_BE_REPLACED

"Is the killer still alive? I keep seeing this reference, the fact that the killer I think - if my own theory is correct, and I can't say too much about it - the murderer is dead and has quite a long time ago passed away," Bailey said.

"I don't absolutely 100% know... my belief is that the murderer is probably dead - but that's a belief, I can't prove that".

Ian Bailey: The Big Interview airs on Monday 13 September at 9pm on Virgin Media One.

The Big Reviewski || JOE · The Big Reviewski with Dune, a mini-Hangover reunion & the best of Timothée Chalamet
popular
Nightlife sector asks for two-week grace period on implementing guidelines
Fresh call for four-day working week from Irish Congress of Trade Unions
Eamon Ryan: Carbon budgets "will require fundamental changes to Irish life"
One of the best thrillers of the decade is among the movies on TV tonight
The full list of all the new shows and movies coming to Netflix in November
"Like a whip" – director describes fatal shooting on Alec Baldwin film set
QUIZ: Get the ball rolling with this General Knowledge Quiz
You may also like
21 hours ago
Man (40s) in serious condition following Galway hit and run
1 day ago
The weather for the week ahead brings a good deal of uncertainty
1 day ago
Gardaí investigating following motorcycle hit and run in Dublin
2 days ago
HSE boss anticipates "one of the worst winters we’ve faced in many years"
2 days ago
The rest of the bank holiday weekend weather looks a bit rough
2 days ago
Taoiseach calls on public to "behave" in order to avoid Covid surge
Next Page