The interview will see Bailey offer his own theory about who was responsible for Sophie Toscan du Plantier's death.

Virgin Media Television has announced it will air an in-depth interview with Ian Bailey next week in which he will discuss his involvement in the investigation into the murder of Sophie Toscan du Plantier.

The brutal murder, which took place in the town of Schull in West Cork in 1996, triggered one of the biggest murder investigations Ireland has ever seen and became a national obsession.

END_OF_DOCUMENT_TOKEN_TO_BE_REPLACED

On Monday night (13 September) Virgin Media News Anchor Colette Fitzpatrick will sit down with Bailey, a suspect in the case, and discuss the recent high-profile documentary shows about the killing from Netflix and Jim Sheridan, as well as Bailey's own theory on who was responsible for Ms Toscan du Plantier's death.

Earlier in the week, Bailey stated he believed the murderer of the French woman is already "dead".

Ian Bailey: The Big Interview, Monday at 9pm on Virgin Media One.
Join Colette Fitzpatrick for an in-depth interview with self-confessed murder suspect Ian Bailey on his involvement in the investigation, the high-profile documentaries, and his theories on what happened to Sophie. pic.twitter.com/7unEIgp5Qj

In 2019, a French Court convicted Ian Bailey of Ms Toscan du Plantier's murder but he was not present for the trial after winning a legal battle against extradition.

Ireland did not extradite Bailey due to a Supreme Court ruling in 2012 that the Irish extraterritorial provision was not the equivalent of the French legislation and therefore they were not reciprocal.

Bailey has never been charged in connection with the case in Ireland and he has maintained his innocence. 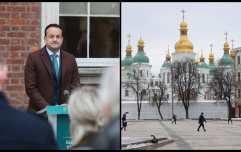 END_OF_DOCUMENT_TOKEN_TO_BE_REPLACED

The announcement of the Virgin Media One interview follows Ms Toscan du Plantier’s son Pierre Louis Baudey-Vignaud making a fresh appeal to the Irish public for information about his mother's murder on Friday's Late Late Show, where he said: "Irish people, you have a murderer still living in Ireland."

Baudey-Vignaud also urged the Director of Public Prosecutions to reconsider the decision not to charge Bailey.

In a statement ahead of Monday's programme, Virgin Media Television said Bailey in the interview describes the recent appeal for information from Baudey-Vignaud as "deeply sad" and believes it was directed at him.

Bailey also says in the interview that the case has consumed a quarter-century of his life and has led to some "really really, low dark periods".

Ian Bailey: The Big Interview airs on Monday, 13 September at 9pm on Virgin Media One.