This is very sad.

Iarnród Éireann has confirmed delays on the 16.25 train from Cork to Dublin's Heuston Station after the train struck a herd of deer between Thurles and Limerick Junction.

The train suffered mechanical damage as a result, but was back up and running 40 minutes later. Sadly, Irish Rail have confirmed that the deer "didn't make it." They have not specified how many deer were in the herd. 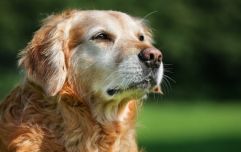 END_OF_DOCUMENT_TOKEN_TO_BE_REPLACED

The organisation has also warned that all other other Cork, Kerry and Limerick services are operating but are now subject to knock-on delays, following the unfortunate incident. They have also clarified that there me be delays on trains running from Heuston to Cork, as there were deer on both lines.

16:25hrs service has struck a herd of deer between Thurles and Limerick Jct. Train has suffered mechanical damage as a result. Expect a significant delay. Update to follow

Sadly they didn't make it

popular
Man in his mid-20s dies in two vehicle collision in Cork
QUIZ: Test your skills to the limit with this General Knowledge Quiz
Man arrested following discovery of a body in apartment in Dublin
Family of Ashling Murphy share heartbreaking tribute at Fleadh Cheoil
Weather advisory issued as temperatures in Ireland set to soar again
The JOE Movie Quiz: Week 166
The JOE Friday Pub Quiz: Week 306
You may also like
7 months ago
QUIZ: Do you know the collective name for these groups of animals?
10 months ago
National Poisons Information Centre issues warning over false widow spiders
10 months ago
Liveline listeners shocked as woman tells of youths harming dog in Dublin
11 months ago
Terrifying video shows guest at reptile centre rescuing handler pulled in by alligator
1 year ago
President Higgins welcomes two ponies to live at Áras an Uachtaráin
1 year ago
Dogs can detect Covid in under a second
Next Page