73 children were waiting on trolleys in the first two weeks of January.

The Irish Nurses and Midwives Organisation will now be publishing a trolley count for Irish Children's Hospitals beginning Monday (15 January).

In total, the first Paediatric Trolley/Ward Watch, conducted at 8am on 15 January has found that three children were on trolleys in the Emergency Department ward in the Children's University Hospital, Temple Street, while one was found in Out Lady's Chidren's Hospital, Crumlin.

In a statement, the INMO added that children on trolleys in any regional hospital will also be recorded.

"It is unfortunate that children are now regularly being admitted for hospital care without an inpatient bed", the release went on to state. "The presence of trolleys in paediatric hospitals is a new phenomenon and the INMO Children's Nurses Section highlighted that these trolleys numbers have not been previously been included in the count."

The Paedeatric Trolley Watch count was agreed upon by the INMO Executive Council at their October 2017 meeting, and the organisation has been monitoring the number of children on trolleys since November 2017.

In the first two weeks of January 2018, 73 children were found to be on trolleys in the three paediatric hospitals. 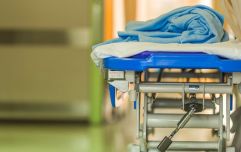 END_OF_DOCUMENT_TOKEN_TO_BE_REPLACED

"The negative outcome for patients arising from long trolley waits is proven and accepted. Exposing children to extended periods in an emergency department is unsatisfactory on many levels not least of which is the possible exposure to traumatic events. All systems, processes and procedures must aim to avoid unnecessary waiting times in EDs as a matter of urgency."

"Attending hospital is a fearful and anxious experience for children and their families, this can and must be kept to an absolute minimum. It is simply not acceptable to us, that environments that are totally unsuitable are added to this anxiety and fear."

"It is vital that this Union puts the health and safety and timely care of all patients, particularly those most vulnerable in our society under to spotlight so as to ensure that appropriate measures are taken to provide safe, effective quality care. Therefore, is has been necessary to bring attention to this unfortunate development by expanding the Trolley Watch figures to include children. It is something we hoped would never arise and the sooner such practice ceases the better from the INMO point of view."


popular
US National Guard deployed following clashes in Minneapolis over death of George Floyd
Mega-popular US hard seltzer White Claw to go on sale across Ireland
Here's Week 34 of JOE's 19 in 90 quiz
QUIZ: How well do you know The Lord of The Rings movie saga?
RTÉ launch new dating show called... Love in Isolation
Gardaí find €333,000 worth of drugs across eight properties in Mayo
The line-up for the season finale of The Late Late Show is here
You may also like
4 months ago
620 people waiting on trolleys for hospital beds on third day of the year
1 year ago
INMO have suspended the nurses' strike
1 year ago
The INMO have condemned today's protest outside Simon Harris' house
1 year ago
Irish Nurses and Midwives Organisation announce additional strike dates
2 years ago
Monday 12 March has set a new record high for patients on trolleys awaiting hospital admission
2 years ago
Over 550 patients currently waiting on trolleys in Irish hospitals, INMO says
Next Page