The most Instagrammed places in the world have been revealed, and there's a number of Irish entries

Sure, what's the point in going somewhere unless everyone knows you went there... right?

A number of Irish destinations have made the list of the most Instagrammed places in the world, although none of them have troubled the top of the table for the moment.

Disneyland, the Eiffel Tower, Walt Disney World, South Beach (Florida) and the Berlin Wall are the top five most Instagrammed places in the world according to research from Travelbird. 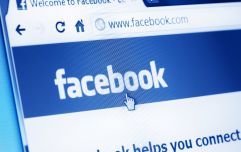 END_OF_DOCUMENT_TOKEN_TO_BE_REPLACED

Online travel specialists TravelBird compiled a list of the 470 most popular attractions in the world based on the tags from photos people upload.

The results provided an in-depth view in the most popular destinations in Ireland for both Irish people and for the many, many tourists who visit the Emerald Isle each year.

So which Irish destination is the most popular? The Cliffs of Moher? Trinity College?

No, ranking in at a very respectable number 95 on the list is the Giant's Causeway in Antrim with 128,029 Instagram tags at the location.

The Guinness Storehouse unsurprisingly ranked highly among the Irish entries on the list, coming in 151 overall and second in Ireland with 34,782 tags.

Tayto Park in Meath also performed strongly coming in 197 overall and claiming the third spot in Ireland with 16,797 tags.

Below are the top ten most Instagrammed places in Ireland...

popular
One of Keanu Reeves' best movies has just been added to Netflix
QUIZ: Can you get full marks in this General Knowledge Quiz?
Just in time for Christmas, all eight Harry Potter movies are now available to stream at home
The 50 most iconic songs of all time* have been revealed
The JOE Friday Pub Quiz: Week 272
QUIZ: Can you get 20/20 in this desperately tricky capital cities quiz?
House of Gucci has the best sex scene from a big Hollywood movie in years
You may also like
3 weeks ago
Who started the 'plant one tree for every pet picture' trend on Instagram?
1 month ago
Kanye West has legally changed his name to "Ye"
5 months ago
John McAfee’s Instagram deleted after cryptic 'Q' post following his death
6 months ago
Donald Trump will not be allowed back on Facebook or Instagram
8 months ago
Instagram bans adults from messaging users who are under 18
1 year ago
The most Instagrammed honeymoon destinations in the world have been revealed
Next Page