It is currently recommended that someone with a minor finger sprain be awarded as much as €19,100.

The Irish government is being urged by leading business insurance experts to completely overhaul the current treatment of awards for minor injuries.

The claims culture in Ireland has been the subject of much focus in recent months, particularly after Fine Gael TD Maria Bailey withdrew a compensation claim against The Dean Hotel in Dublin following much public scrutiny and criticism.

END_OF_DOCUMENT_TOKEN_TO_BE_REPLACED

Now, CFM Insurance Group, who act as insurance brokers for hundreds of shops and small businesses throughout the country, say that claimants who are back playing five-a-side or running 10k races weeks after sustaining an injury should be paid “proportionate” levels of compensation – specifically, enough to cover any medical costs and loss of earnings – but no more.

Currently, The Book of Quantum, which provides general guidelines as to the amounts that may be awarded or assessed in Personal Injury Claims, recommends that someone with a minor finger sprain be awarded as much as €19,100 – and the Courts can decide on a greater amount.

CFM Group claim that such awards are at the root of the problems faced by small business owners when it comes to insurance premiums because they are driving up the costs.

They say that it is wholly apparent that what is paid out in a claim in Ireland does not honestly reflect the injury sustained, but massively overstates it.

Commenting on behalf of CFM Group, Managing Director Jonathan Hehir said: “We all bruise, cut or scrape ourselves over the course of our daily lives – most of the time we don’t even give it a second thought – unless perhaps we have to bandage a cut or perhaps put an ice pack on a leg.

“However, once the opportunity to apportion blame comes into the equation, these minor injuries can take on a much larger form and the lure of 'easy' financial compensation can prove too tempting for some people.”

CFM Group contend that if someone sustains a minor injury but in just a couple of weeks that injury has no practical impact on the claimant’s daily life, then the gravity of the injury, or lack thereof, should absolutely be considered when it comes to deciding how much they receive in an insurance settlement. 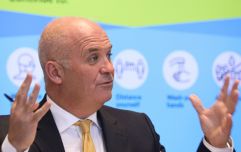 END_OF_DOCUMENT_TOKEN_TO_BE_REPLACED

Specifically, they suggest that such injuries should no longer result in financial payment for ‘general damages (pain and suffering)’ but that financial awards be limited to medical expenses incurred and loss of earnings.

“I think most people would agree that awarding someone medical costs plus any loss of earnings is a fair resolution in instances like these,” Hehir added.

“But the way our system works at present, there is potential there for claimants to get six months’ average earnings on the back of a very minor injury and we believe that it is this financial temptation that is making some claimants overly litigious.

“You only need to look at the current Book of Quantum to see the significant sums set out for what could be construed as very minor injuries – for example, for a knee sprain, which is described as 'a mild injury where there is no tearing of the ligament and often no function is lost, although there may be tenderness and slight swelling which has substantially recovered', it is advised that a claimant could be awarded somewhere around €14,800 – or the ankle version of this could receive as much as €23,100.”

Hehir questioned the progress on recommendations made by the Personal Injuries Commission (PIC) in their 2017 and 2018 reports and called for the establishment of a Judicial Council before the Dáil summer recess on 11 July to prevent more high insurance bills for Irish shops and businesses.

popular
Amazon Prime Video has quietly added 10 big new movies to its library
Yet another new Wetherspoons is set to open in Dublin city centre
The new restrictions likely to be introduced as NPHET meets with Govt
8 great new additions to Amazon Prime Video in December
The 50 most iconic songs of all time* have been revealed
PUP caused people to "get a bit lazy" says Supermac's boss
House of Gucci has the best sex scene from a big Hollywood movie in years
You may also like
12 hours ago
Government halts plan to subsidise antigen tests because “market” has sorted it
13 hours ago
Planning permission denied for hotel on Dublin's Cobblestone pub site
13 hours ago
Eight arrested following brawl in Galway cemetery
15 hours ago
"It is likely" the omicron variant is already in Ireland
15 hours ago
Landslide, earthquake, 'huge dump of snow' and female Taoiseach predicted for Ireland in next three years
17 hours ago
Revolut co-founder donates €1.1 million to Toy Show appeal
Next Page