The incident occurred on 31 January, a day being referred to as 'Brexit day'.

Police in Northern Ireland are investigating a potential dissident republican plot to blow up a lorry that was crossing the Irish sea on 31 January.

Officers are investigating a potential link to a ferry crossing to Scotland and a bomb found on a heavy goods vehicle in Armagh earlier this week. 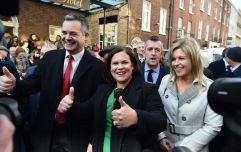 END_OF_DOCUMENT_TOKEN_TO_BE_REPLACED

On Monday, a detailed report helped locate what the PSNI are calling a "viable device" at Silverwood Industrial Estate in Lurgan.

The explosive device was made safe by ATO colleagues.

Speaking on Thursday afternoon, Detective Superintendent Sean Wright from the PSNI’s Terrorism Investigation Unit said that he believes it was "dissident republicans" who attempted the attack.

"It is clear from the information available to police that Dissident Republicans deliberately and recklessly attached an explosive device to a heavy goods vehicle in the full knowledge and expectation that it would put the driver of that vehicle, road users and the wider public at serious risk of injury and possible death.

"Had this vehicle travelled and the device had exploded at any point along the M1, across the Westlink or into the Harbour estate the risks posed do not bear thinking about.

"The only conclusion that we can draw is that once again Dissident Republicans have shown a total disregard for the community, for businesses and for wider society."

You can read Wright's statement in full here.