Ireland is better than the UK, France and Germany for living conditions and pay

It's according to a new study by the World Economic Forum.

Ireland has ranked better than a number of European countries for employment opportunities, pay, living standards and social inclusion.

This is according to a study conducted by the World Economic Forum entitled 'WEF Inclusive Growth and Development Report'.

END_OF_DOCUMENT_TOKEN_TO_BE_REPLACED

The report was released on Sunday and includes and Inclusive Development Index, which ranks 30 of the 109 countries as advanced economies for inclusive development, including Ireland.

Out of the 30 countries, Ireland ranks in 12th place overall with the results decided upon by 12 performance indicators of inclusive development, which the study says gives a more complete measurement of economic development than GDP.

Here's an overview of how Ireland performed... 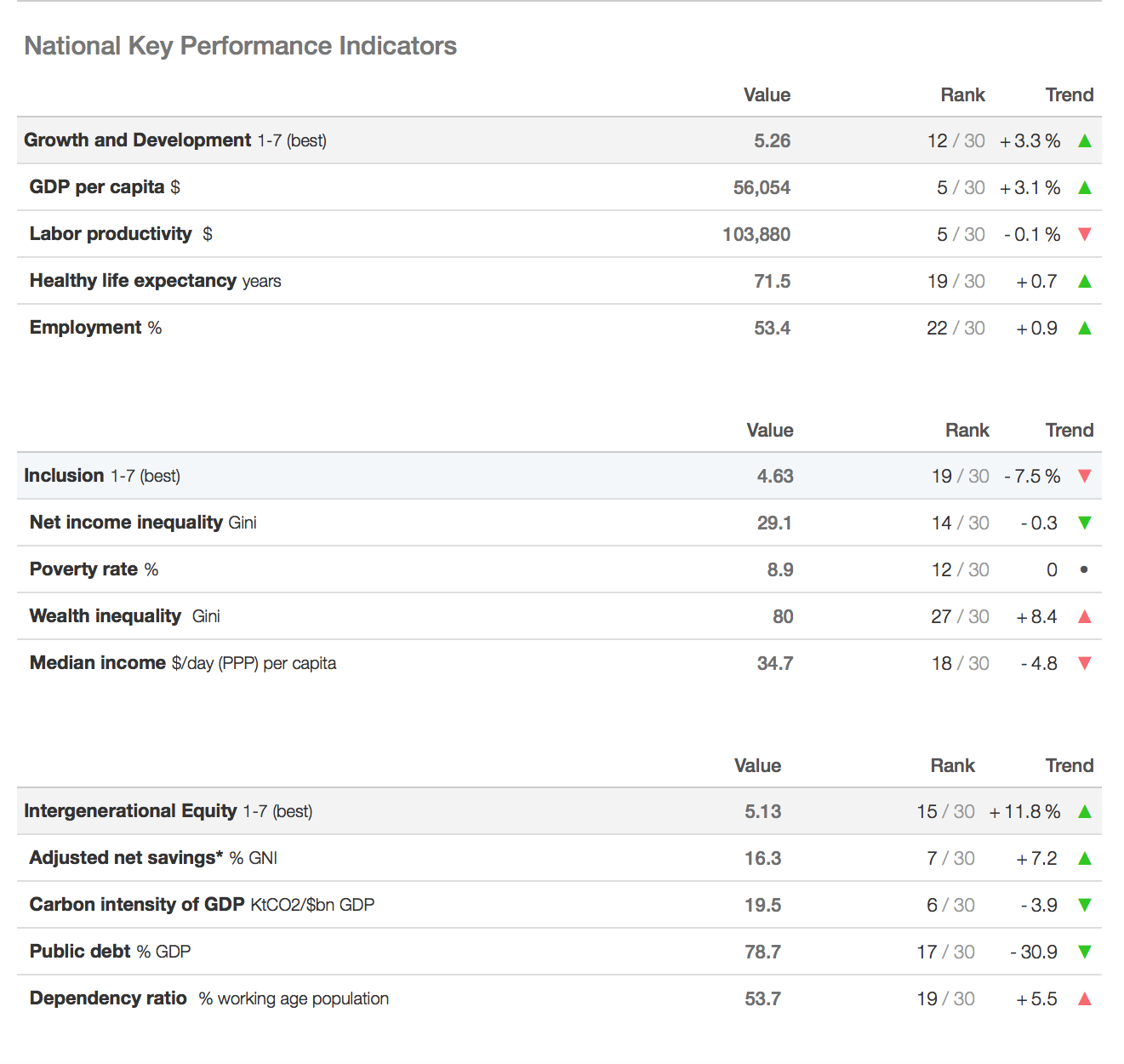 END_OF_DOCUMENT_TOKEN_TO_BE_REPLACED

Interestingly, when it comes to wealth inequality, Ireland performed the fourth worst out of the 30 advanced economies in the study.

With a healthy life expectancy of 71.5 years, Ireland is worryingly bottom of the list.

"Over the past several years, a worldwide consensus has emerged on the need for a more inclusive growth and development model; however, this consensus is mainly directional. Inclusive growth remains more a discussion topic than an action agenda," said WEF in the report.

END_OF_DOCUMENT_TOKEN_TO_BE_REPLACED

"This Report seeks to help countries and the wider international community practice inclusive growth and development by offering a new policy framework and corresponding set of policy and performance indicators for this purpose.

"The ultimate objective of national economic performance is broad-based and sustained progress in living standards, a concept that encompasses wage and non-wage income (e.g., pension benefits) as well as economic opportunity, security and quality of life."