The Minister for Health recommended that the upcoming Six Nations game should be called off.

This evening (Tuesday 25 February), the Irish Rugby Football Union released a statement in response to the potential cancellation of next week's Ireland vs Italy Six Nations game. 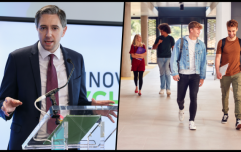 END_OF_DOCUMENT_TOKEN_TO_BE_REPLACED

"The IRFU is seeking an urgent meeting with Minister Harris as to the specific reasoning behind calling for the cancellation of the Ireland V Italy Six Nations fixture in the context of the Government’s overall travel policy to and from Italy and other affected countries.

"Until such time as the IRFU has had contact with the Minister and gets an understanding of the government’s strategic policy on travel to and from Ireland and the cancellation of mass gatherings, it is not in a position to comment further."

The game is scheduled to kick off at 2.15pm on Saturday 7 March at the Aviva Stadium in Dublin. 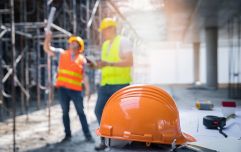 END_OF_DOCUMENT_TOKEN_TO_BE_REPLACED

"We've obviously taken a decision in relation to the Ireland v Italy rugby game, which was due to be held in Dublin on [Saturday] 7 March. The very clear view of the public health emergency team was that this game should not go ahead.

"That it would constitute a significant risk, because a very large number of people would be travelling from what is now an affected region. So my department will be contacting the IRFU in relation to this.

"I know it will come as a great disappointment to many, but it is important that we make decisions in relation to public health, above and beyond all other considerations."

This evening, Simon Harris took to Twitter to announce his meeting with the IRFU:

Pleased to confirm I will meet with the IRFU in the morning. Today’s decision was not taken lightly but we must act on the basis of public health advice