Moooooove over Tinder because this genius app deserves a pat on the back...

France is well known for being a world leader when it comes to various social, political and cultural movements.

Where would we be without the French Revolution, cheese or Zinedine Zidane? Those Frenchies have also considerably helped JOE's romantic life because they practically invented/perfected kissing, wine and Serge Gainsbourg CDs. 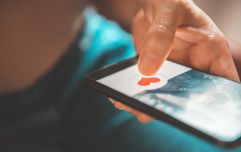 END_OF_DOCUMENT_TOKEN_TO_BE_REPLACED

It seems that their romantic skills aren't confined to les hommes et les femmes though, because this new dating site for bulls, named trouverlebontaureau (which basically means 'find the right bull'), should help any lovesick cows.

Just like Tinder, there are profiles for every single cow on the site that aim to help their owners identify bulls that have the right qualities for impregnating them.

So what qualities make some bulls look like the Ryan Gosling of the farming world?

Well, it seems that their physical features, genealogy and history when it comes to performing the deed are all essential requirements. They better not milk their skills though, because no one likes a show-off.

Each bull is rated according to the speed at which the calves they spawn grow, along with the number of successful impregnations. There's no need for a grazy or amoosing pick-up line here.

Once the right match has been arranged, we're sad to say that the romance fizzles out because the owner of the female will then pay for a semen sample, which will be delivered for artificial insemination.

We wonder if they at least pay for breakfast after the deed is done? The bull might get the hoof if they didn't. 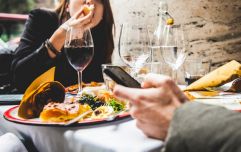 Man faces 13 years in prison following series of dates in which he 'dined-and-dashed', leaving women with the bills

END_OF_DOCUMENT_TOKEN_TO_BE_REPLACED

The site is currently only available in France, but JOE reckons that there might be a few farmers in the 32 counties that might be interested in seeing this rolled out to Ireland.

Our bit of advice for all those lovesick cows; the grass is always greener. It's the best tip that we've ever herd.