Rates have increased across the board in 12 months.

The average daily rate of a room in Ireland in April 2017 was €122.60, an increase of almost 8% on last year's records for the same period, according to data from hotel market data experts, STR, as reported in the Irish Times.

Irish hotels recorded occupancy rates of 81.6% in April of this year, a 4% jump from April 2016. Dublin hotels have remained unchanged a year on, with an occupancy rate of 86%.

Dublin hotels, much like the occupancy rates, recorded a slightly lower percentage increase than the rest of the country combined for the daily rate of a room.

The increase of 5.5% in Dublin is a smaller percentage increase than the combined total nationally but rooms in the capital are more expensive, coming in at an average of €129.04.

STR's last report before they completed the April comparison investigation was conducted on Paddy's Day of this year and as you can see by the average daily rate on March 17, that is a lot of pints...

#Dublin set a record #hotel rate for #StPatricksDay in 2016, enough for a pint for you & 26 friends in #Ireland's capital! #drinkresponsibly pic.twitter.com/M1rkyKn4ro 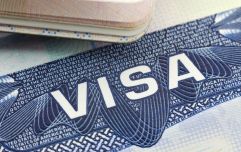 END_OF_DOCUMENT_TOKEN_TO_BE_REPLACED

The data also found that the revenue per available room (RevPAR), or room revenue divided by rooms available, had increased by almost 12% compared to the same period a year earlier.

The RevPAR was €100.10 for the whole of Ireland in April 2017, which breaks the triple figure mark, compared to last year's total of around €88.


popular
Met Éireann issues status yellow rainfall warning for nine counties
Cardiologist's life saved thanks to the swift work of Dublin Airport's first responders
Motorist in Kildare caught driving with tax 13 years out of date
An Post announces increase in the price of stamps from next month
QUIZ: How well do you know Will Smith's movie career?
QUIZ: How well do you know the Matrix series?
BBC will show an 'immensely powerful' documentary about The Troubles tonight
You may also like
3 months ago
Dublin's dystopia: The age of man is over, the age of hotels is now
4 months ago
New €10.2 million Atlantic museum set to “transform the Spanish Arch district of Galway”
4 months ago
An estimated 600,000 tourists left stranded as Thomas Cook ceases trading with immediate effect
4 months ago
Sligo is looking fantastic in this video showcasing the county
5 months ago
Irish Food & Hospitality Awards ceremony names the best pub in Ireland for 2020
5 months ago
Mayo beach ranked as one of the top three beaches in the world
Next Page