Only 20% of eligible recipients applied for the refunds in 2017.

Hundreds of thousands of Irish people are missing out on tax refunds for medical expenses worth an average of just under €500.

Revenue data reveals that in 2017, 454,700 people claimed tax back on medical expenses out of approximately 2.25 million people working in Ireland.

END_OF_DOCUMENT_TOKEN_TO_BE_REPLACED

As part of a current Revenue campaign, over 125,000 taxpayers are being contacted to remind them to claim entitlements before a deadline of 31 December for claims dating back to 2014.

According to taxback.com, the average refund for medical expenses over four years is €494, but the tax relief on medical expenses is being under-utilised despite applying to most, if not all, households throughout the country.

“Most people have to make at least one trip to the doctor over the year, but even if they manage to avoid it this year, surely, they have had to go at some stage in the previous four years? 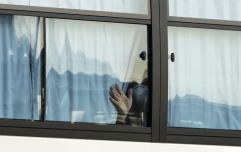 END_OF_DOCUMENT_TOKEN_TO_BE_REPLACED

"That’s how far back you can go when claiming medical expense relief. Analysis of our own customer records indicates the average refund for medical expenses over four years totals €494.

“But Revenue figures show, in no uncertain terms, that the medical expense relief, which arguably has the most application to households throughout the country, is probably the most under-utilised tax relief available.”

While hundreds of thousands of people are missing out, a year-on-year comparison of Revenue figures reveals that the numbers claiming tax refunds are growing, a trend which they say is “encouraging” and one they hope to see continue in the future. 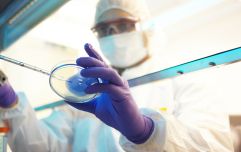 END_OF_DOCUMENT_TOKEN_TO_BE_REPLACED

A perception that the process of claiming tax refunds for medical expenses is too complex and time-consuming is one of the reasons so many people neglect to claim them, but taxback.com say that it is far more straightforward than people might think.

“We advise all our clients to start keeping their receipts in a shoebox or a drawer going forward and if they have not done this, to request copies of receipts from their GP/ practitioner or their chemist,” Devereux added.

“Some practices charge a small fee for this but that should not be prohibitive i.e. you’re still going to get back more than you’ve spent. In addition, most pharmacies will be able to give you a “year-end” receipt, totalling your spending during the year. Some are even promoting this as a means of keeping customers.

“Most people incur medical expenses throughout the year – particularly parents with young children. Trips to the doctor’s surgery become commonplace for a lot of families over the years, with a trip costing anywhere from €40 to €70.

"So, if a couple with three children takes even just five trips to their GP in a year that bill hits approximately €250, you could get €50 of this back from the Revenue.

“It makes so much sense to claim.”

popular
Jordan Peterson suspended from Twitter over Elliot Page comment, says he won't apologise
The JOE Friday Pub Quiz: Week 301
County where winning Lotto jackpot ticket worth over €5.5 million was sold confirmed
Electric Ireland announces second major price hike in recent months
Parent's Benefit Leave in Ireland is being extended from today - here's what you need to know
One of the best sports movies of recent years is now available to stream at home
The full list of cancelled flights in and out of Dublin Airport on Friday (so far)
You may also like
3 weeks ago
Men taller than 5'9 at higher risk of a range of serious conditions, new study finds
1 month ago
WHO issues monkeypox warning ahead of festival season
1 month ago
Spain set to offer three-day ‘menstrual leave’ for women every month
1 month ago
HSE obesity expert says sandwich meal deals in supermarkets should be banned
1 month ago
Overweight and obesity have hit "epidemic proportions" in Europe, WHO warns
2 months ago
UK patient had Covid for 505 days in longest case ever recorded
Next Page