Irish unemployment has hit its lowest level in 10 years

This is the lowest level since the financial crash.

The latest figures from the Central Statistics Office have revealed that the unemployment rate for April 2018 has reached 5.9%.

This marks the first time in 10 years that the rate of unemployment has fallen below 6%. 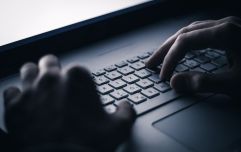 END_OF_DOCUMENT_TOKEN_TO_BE_REPLACED

In total, the number of persons unemployed in Ireland was 140,300 in April, which is down from 143,500 when compared to March, while over the past 12 months, a total of 16,700 persons have gained employment.

Ireland's continued decrease in unemployment, according to the Organisation of Econmic Co-Operation and Development, meant that it has experienced one of the greatest declines in Europe at present.

popular
Man dies after being attacked by newly calved cow in Mayo
Status Red warning issued as Storm Barra closes in
Majority of employers will require employees to visit office on weekly basis
The JOE Movie Quiz: Week 131
Next pandemic could be "more contagious or more lethal" says vaccine creator
QUIZ: Can you get full marks in this General Knowledge Quiz?
QUIZ: Can you name all these European countries from a list of cities?
You may also like
3 months ago
Ireland's population has topped 5 million for the first time since 1851
1 year ago
The CSO has revealed the most common surnames in Ireland
1 year ago
Major age gaps between cities and rural areas in Ireland
2 years ago
CSO figures reveal the average disposable income for individuals in Ireland
2 years ago
Population of Ireland now at highest level since the 1850s
2 years ago
Over 137,000 employees earning the minimum wage or less in Ireland
Next Page