ISPCA rescues dog found locked in a crate in the midlands

The dog was found underweight and her nails were extremely overgrown, likely due to a lack of exercise.

A dog is recovering well in the care of the ISPCA having recently been rescued after she was discovered locked in a crate by an ISPCA Inspector in the midlands.

It is unclear for how long the dog, a collie lurcher cross, later given the name Kim, was kept in that condition before she was rescued by ISPCA Inspector Deirdre Scally after a concerned member of the public contacted the National Animal Cruelty Helpline. 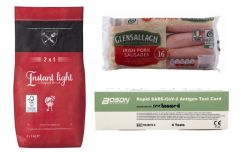 END_OF_DOCUMENT_TOKEN_TO_BE_REPLACED

Following her discovery, Kim was surrendered and taken into ISPCA care for a veterinary assessment and she is now recovering well.

“It was awful to see a dog in such a state of neglect and I was glad I was able to rescue Kim before her condition deteriorated any further,” Inspector Scally said.

“She is no more than a year old; still a baby and such a rough start in life. Kim is in the safe hands now, and she is recovering well in ISPCA care.” 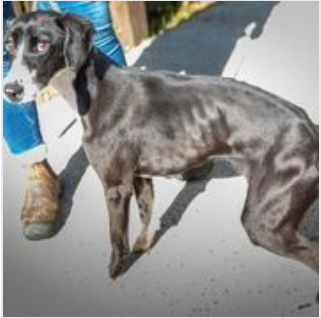 “Pet owners need to be aware of their legal responsibilities,” Inspector Scally added.

“There is no excuse for animal neglect and if circumstances change, then people need to ask for help. When taking on the responsibility of a dog, or any animal, pet owners must provide a basic level of care.

“Rescuing animals that have been cruelly treated, neglected and abused is the centre of my job and there were failings by the owner in providing for this dogs basic needs.” 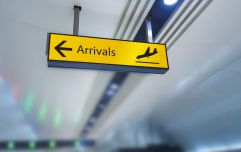 END_OF_DOCUMENT_TOKEN_TO_BE_REPLACED

The ISPCA believes that the following five freedoms should be afforded to all animals:

1)      Freedom from hunger, thirst and malnutrition

One more person with Covid-19 has died in Ireland, 408 new cases

END_OF_DOCUMENT_TOKEN_TO_BE_REPLACED

The ISPCA says it will take time for Kim to recover physically from the damaging effects of a poor diet. She will also need to learn how to trust and to interact with people – possibly for the first time – but with the love and care she is receiving at the ISPCA, plenty of nutritious food and a warm bed, the ISPCA is confident she will make a full recovery.

Once Kim is nursed back to full health, she will be spayed and microchipped before being responsibly rehomed.

The ISPCA says that Kim’s story is not an isolated incident and that calls are regularly made to the National Animal Cruelty Helpline on 1890515 515 about animals in danger and in need of rescuing.

Donations to the ISPCA can be made here.

popular
QUIZ: Can you identify the EU country of origin from these €1 coins?
The first look at Lily James as Pamela Anderson for new series has been revealed
Out of control Chinese rocket lands in Indian Ocean close to the Maldives
The JOE Movie Quiz: Week 101
The JOE Music Quiz: Week 56
QUIZ: Can you identify which of these countries have the colour blue in their flag?
The JOE Friday Pub Quiz: Week 242
You may also like
18 hours ago
Digital Green Certificates could be implemented in Ireland by the end of June
21 hours ago
Covid-19 cases in Irish hospitals drop to their lowest level since last September
22 hours ago
Over €6.5 million raised so far through Darkness Into Light campaign for Pieta House
1 day ago
"I'm not apologising to anybody." Eoghan Harris calls banned anonymous Twitter account "benign"
1 day ago
Family surprised as Daniel O'Donnell sings at mother's funeral
1 day ago
Four more people with Covid-19 have died in Ireland, 434 new cases
Next Page