Eric Lalor – winner of Irish Standup of the Year talks to JOE about Des Bishop, Beyonce and his new show Singlehood

Eric Lalor has just been crowned Irish Standup of the Year for the second time – good going for a lad from Ballymun, Dublin. Eric started his comedy career on Des Bishop’s Joy in the Hood, to find new comedic talent in Ireland in 2006. 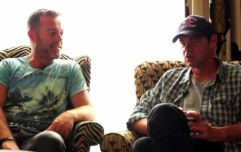 END_OF_DOCUMENT_TOKEN_TO_BE_REPLACED

Des clearly liked what he saw in Eric and so brought him on tour as the opening act for his ‘Fitting In’ Tour. Eric now performs regularly at Electric Picnic, Kilkenny Cat Laughs, Galway Comedy Festival, Edinburgh Fringe and has opened for some of the biggest names in comedy in Ireland - Tommy Tiernan, Des Bishop, Jason Byrne, PJ Gallagher, Andrew Maxwell, Colin Murphy and more.

Eric’s new show Singlehood is a performance piece – not a standup show, nor a play. The show runs in Vicar Street on March 1st and 2nd. 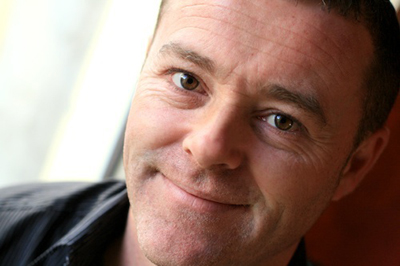 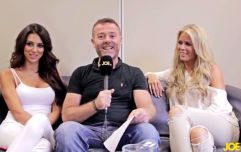 END_OF_DOCUMENT_TOKEN_TO_BE_REPLACED

JOE: You're from Ballymun – do you have a fan base there or do the locals heckle you more because you are from there?

ERIC: I'm not sure I have a fan base anywhere to be fair, but I have to say a lot of the locals in Ballymun are very supportive and always giving me the thumbs up and saying things like “Go on ye good thing, seen ye on the telly there last week!”

JOE: Who is your favourite comedian/ who influenced you to give comedy a try?

ERIC: Well Des Bishop is the man responsible for getting me into comedy as I featured in his TV show ‘Joy in the Hood’ a few years back. He's been a great support to me over the years and always willing to advice if needed.

Jason Byrne is a good pal of mine and easily the funniest standup on the scene at the moment, in my opinion. He's the one who consistently has me doubled up in tears laughing when I see him do his thing on stage. 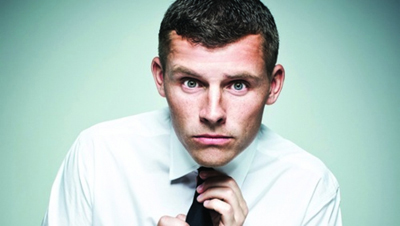 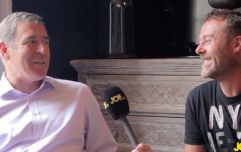 END_OF_DOCUMENT_TOKEN_TO_BE_REPLACED

JOE: You've won a number of awards – which one means most to you and why?

ERIC: They are all nice accolades. I suppose winning the ERIC award for Irish Standup of the Year for the second successive year from entertainment.ie was a great honour. It's voted for by the public so that's very humbling and satisfying.

JOE: What is the best and the worst gig you've ever done?

ERIC: Not sure what my best gig was. I've been lucky enough to have had a lot of highlights. I always remember the big festival gigs, like the Cat Laughs, or the Iveagh Gardens or the Edinburgh Fringe. They're all pretty special to do. I love performing in Vicar St and the Olympia. Two amazing venues to perform standup in.

My worst gig was a few years ago not long after I started. I was doing a warm up before a recording of Celtic Woman which was being filmed for US television out in Slane Castle. It kept raining so I was shoved out on stage to entertain a predominantly American audience. I only had about 15 minutes of material back then so relied on singing songs ! I felt dirty and way out of my depth.

JOE: Your new show Singlehood – what's it about?

ERIC: Singlehood is a performance piece from esteemed theatre director, Una McKevitt - This is not a play. There is no literary inventiveness. Just people talking about their lives, loves and longings. Singlehood is an explosive look into the highs and lows of being single. And it's all true. We're very proud of it.

JOE: Where are you touring with Singlehood?

ERIC: We are in Draiocht on Valentine's Night, Axis Ballymun on Feb 22nd and of course Vicar St on March 1st and 2nd. Other dates for other venues will be released in the coming months. There is a strong possibility that we will take it to the Edinburgh Fringe in August.

JOE: Who is your ideal woman?

ERIC: Apart from the missus, it has to be Beyonce. So beautiful and so talented. Plus she has a few bob! 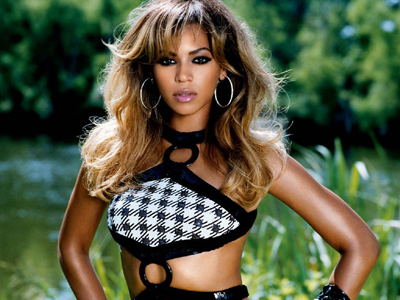 JOE: What is the manliest thing you've ever done?

ERIC: Unlike a lot of people, I enjoy a good wheel change on a car. It makes me feel like a man. My hands get dirty and I get to grunt so as to emphasise to people within earshot, that this is a tough job and it helps me embrace my masculinity

JOE: If you weren't a comedian, what would you be doing?

ERIC: I'd probably be still working in IBM. I left there a couple of years ago to pursuse comedy and I've a lot of good friends still working there.

JOE: What is your favourite comedy movie and why?

ERIC: So many to choose from. The Life of Brian is a classic, but I've also loved movies like Kingpin, Anchorman and Dumb & Dumber. Adam Sandler gets a lot of flack for the crap movies he brings out, but I loved Happy Gilmore.

There is a great scene in this film featuring Sandler playing Gilmore and the character Shooter McGavin in a bar where Shooter is flabbergasted by Gilmore's quick wit.

Hard to explain, but if you have seen the film, you will know the scene. When I was growing up, Stir Crazy was my favourite film ever. I loved the combination of Pryor and Wilder. See No Evil, Hear No Evil is so memorable for the 'Fizzy Wuzzy was a woman' scene. It still cracks me up.

JOE: How do you prepare for your shows? Do you have any requests for beverage/ sweets/Egyptian cotton sheets?

ERIC: I like to listen to music. Usually up tempo music which helps me focus and get me in the mood. Something from Prodigy or Jay-Z usually does the trick

JOE: What’s next for you after your tour?

ERIC: I have just begun to write a new standup show, which I will tour the country with later in the year, probably in the Autumn. I'm going to be in a film which starts shooting in April, called Cardboard Gangsters, a film by John Connors and it features Damien Dempsey amongst others.

I've just shot a TV pilot for something that I really think is great. Can't say too much, but I am hoping it gets picked up. So, between standup and acting, I've got a busy year ahead.

popular
County where winning Lotto jackpot ticket worth nearly €9 million was sold confirmed
Welder awarded €15,000 for unfair dismissal despite admitting to drinking alcohol before work
Netflix has just quietly added 30 big movies to its library
Dublin Bus and boat involved in city centre collision
10 years ago today, the scariest movie ever made (according to science) was released
Here's the line-up for this week's episode of The Late Late Show
Graham Norton reveals the one celebrity he'd love to have interviewed
You may also like
5 years ago
WATCH: Alan Tudyk, scene-stealing droid in Rogue One, reveals R2-D2 is actually "Irish"
5 years ago
WATCH: Gareth Edwards, director of Rogue One, reveals the one person in the world he wanted to love the film
6 years ago
WATCH: The super-talented stars of The Young Offenders chat skimpy jocks, awkward meetings and their hilarious new film
6 years ago
EXCLUSIVE WATCH: Margot Robbie reveals the one thing about Irish men that makes her "go weak at the knees"
6 years ago
VIDEO: Chris Pine, Zachary Quinto and Sofia Boutella really love the smell of this mystery Irish jar
6 years ago
The Conjuring 2 director James Wan chats about filming in Ireland and Aquaman
Next Page