Impeached UCDSU President Katie Ascough: It felt like there was “a target on my back from the beginning”

Ascough, who was impeached last month, also claims she was subjected to threats of physical abuse.

Former UCD Students’ Union President Katie Ascough says it felt like there was “a target on my back” immediately following her election as president earlier this year. 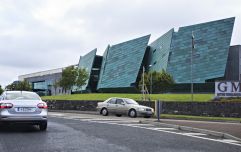 END_OF_DOCUMENT_TOKEN_TO_BE_REPLACED

The petition was circulated after Ascough’s decision to remove information on abortion from the Winging It magazine, which is distributed to new students in UCD.

In an interview with Colm Flynn on Catholic news network EWTN News Nightly this week, Ascough claims that there were calls for her to be impeached as far back as her election in March and that she felt like “there was a target on my back from the beginning”.

“If you go back to the day of my election, so I was elected on March 9, 2017, a few minutes after my election was announced some people were already calling for my impeachment on Twitter and Facebook, so I wasn’t overly surprised that some people were looking to impeach me,” Ascough said.

“I mean, it did kind of feel like some people were waiting for that from the get-go and that there was a target on my back from the beginning and no matter what I had done, or… I don’t know, it was hard to see how I could have avoided some sort of targeting.

“But when this happened it did go quite far, there was some really awful stuff said online, some very violent language and even some threats of physical abuse on campus towards myself.”

Asked how she coped with being the subject of abuse, Ascough replied: “Support. Support from family and friends is probably the one thing that really got me through. 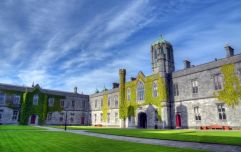 END_OF_DOCUMENT_TOKEN_TO_BE_REPLACED

“The support from family and friends and the prayers are honestly the only things that could have gotten me through because there was a lot of hate and it had to be… it was so balanced out with support and I did my best to focus on the support and sometimes I wasn’t even able to read what was online because it was upsetting.”

You can see the interview, in which Ascough also discusses her pro-life views and revisits the circumstances behind the removal of abortion information from the Winging It magazine, in full below.

popular
The JOE Friday Pub Quiz: Week 232
Scarlett Moffatt discovers ‘30% rain’ on weather app doesn’t mean chance of rain
Irish cinema named one of the 50 most beautiful cinemas in the world
QUIZ: Can you name all of these characters from The Rugrats?
QUIZ: Can you identify these world cities on a map?
Gardai prepare for massive crowd at Dublin protest march
These are the free subscription games coming to PlayStation and Xbox in March
You may also like
5 months ago
Calling all students! Boojum is giving away an ultimate student package worth €4,000
5 months ago
COMPETITION: Win the ultimate back to college kit
1 year ago
UCD and Athlone named best third-level institutions in the country
1 year ago
DCU have changed the name of their weekly Shite Nite event
1 year ago
Young people in Ireland are the most educated in all of Europe
1 year ago
Housing crisis has spread like a cancer, and now it's infecting our education system
Next Page