Threshold, the housing charity, issued a statement following media coverage of the claims in recent days.

Housing charity Threshold has issued an apology for inaccurate claims that landlords were charging “viewing fees” to tenants seeking to view rental properties in Dublin.

In the midst of the housing crisis currently engulfing Ireland, reports that prospective tenants were being charged “viewing fees” attracted a lot of attention, as well as a damning response from political parties such as Labour and the Social Democrats and the Union of Students in Ireland.

The claims arose from a media briefing delivered by Threshold on 11 October on barriers to people accessing accommodation in the private rented sector.

During the briefing, Threshold says, the terms ‘viewing fee’ and ‘booking fee’ emerged, with Threshold referring to recent cases it had dealt with whereby prospective tenants were being asked by landlords/estate agents to bring money to the viewings.

Threshold claims that, in some cases, prospective tenants understood that unless they had set amounts of money available and upfront, they could not secure the rented accommodation.

In light of media coverage of the issue, Threshold has reviewed its case files, and now wishes to clarify that it “incorrectly characterised this upfront monetary requirement as a ‘viewing fee’”. 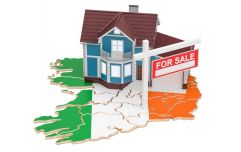 END_OF_DOCUMENT_TOKEN_TO_BE_REPLACED

“While anecdotally the term has been used by Threshold callers, Threshold’s client records only refer to upfront booking deposits and more limited references to non-refundable booking fees,” the Threshold statement reads.

“Upfront payments are a particular issue for HAP (Housing Assistance Payment) recipients and those on low income, as they simply don’t have the resources to meet this unrealistic demand and the HAP scheme does not facilitate advanced payments for bookings. Threshold views this as an exclusionary mechanism, impacting on low-income and HAP tenants.

“As these upfront sums of money are a barrier to prospective tenants, changes in the law are required to prevent requests for upfront fees and high deposits (e.g. two to three months the equivalent in rent).

“Nonetheless, Threshold wishes to apologise for the lack of clarity and any public misinformation arising around the concept of a ‘viewing fee’ being a growing phenomenon.”


popular
Met Éireann state that three days of snow, hail, and sleet is coming for parts of Ireland
The JOE Friday Pub Quiz: Week 175
Viewers raise over €300,000 after Munster's Billy Holland and wife Lanlih's emotional Late Late Show appearance
The shortlist for the best breakfasts in Ireland has been revealed
How to manage a panic attack, according to the experts
QUIZ: We give you the movie title, you tell us the dog breed in it
THAT Leo Varadkar Hot Press interview revisited, 10 years on
You may also like
2 days ago
Fine Gael and Fianna Fáil say Sinn Féin's rent-freeze proposal is unconstitutional. We asked a constitutional lawyer
1 month ago
Sinn Féin bill proposing three-year rent freeze passes in Dáil
1 month ago
You can now get an exact LEGO replica of your house - but it'll cost you
2 months ago
Dublin's dystopia: The age of man is over, the age of hotels is now
2 months ago
The cost of running a home in Ireland has increased by over €1,000 this year
3 months ago
New global study finds Irish renters spend the highest percentage of their wages on rent
Next Page