Legendary music producer says Ireland is "so racist it's frightening"

Celebrated music producer Quincy Jones described Ireland as "so racist it's frightening," adding that he seemingly takes refuge in Bono's castle when visiting.

Known to his friends as "Q", Jones is the man behind classic Michael Jackson albums Off the Wall, Thriller, and Bad, which is just one shining example of an incredible six-decade-long career in the music industry. 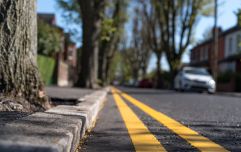 END_OF_DOCUMENT_TOKEN_TO_BE_REPLACED

Midway through a lengthy and sensational interview with GQ, published on Monday, the 84-year-old recalls when U2 frontman Bono invited him to the Vatican in 1999 to meet Pope John Paul II, which led to Jones praising the late Pope on his "pimp shoes."

Asked if the Pope overheard this potentially sacrilegious remark, Jones admits that he did, before aiming a controversial sideswipe at Ireland and its citizens:

"When he died," Jones begins, "I grabbed USA Today, and Bono said, 'Quincy said he had some lovely loafers on.' [Bono]'s a great guy. I stay at his castle in Dublin, because Ireland and Scotland are so racist it's frightening. He said, 'Trying, Quincy, to assimilate, but it's not coming easy.' So I stay in his castle."

And that's the end of that. No follow-up, no challenge from the journalist, just another bizarre soundbite in an interview packed with them.

Other highlights from a truly fascinating chat include Jones buying drugs from Malcolm X, having lunch with Nazi propaganda filmmaker Leni Riefenstahl, and how he's going to live until he's 110 years old:

So did I hear that they've said to you that you could live until 120?

Are they pretty confident you can get there?

"Oh yeah. Hell yeah. Nanotechnology, and the genome breakthrough at Cal State, that's what the Nobel guys said is gonna allow it."

Do you have any doubts?