Leo Varadkar accused of "contradicting" himself every day over travel restrictions

"We have announcements from the Tánaiste every day that contradict themselves".

Tánaiste Leo Varadkar has been accused of "contradicting" himself every day over recent announcements in regards to the reopening of Ireland's aviation sector.

During a heated argument in the Dáil on Tuesday with Taoiseach Micheál Martin, Independent TD Michael McNamara said that the Government has been "contradicting themselves constantly" in relation to the return of international travel.

END_OF_DOCUMENT_TOKEN_TO_BE_REPLACED

Labour TD Duncan Smith called on the Taoiseach to have the Minister for Transport and Minister for Finance address the Dáil this week to discuss "a survival package for the jobs, not only at Shannon but at all our airports".

"What has been predicted is now happening and livelihoods are being lost and destroyed," Smith added.

McNamara said that a clear aviation policy needs to be put in place "before it's too late" and urged the Taoiseach to hold a debate on what the state policy should be.

The Independent TD also accused the Government of "contradicting themselves" when it comes to the easing of travel restrictions, adding that Martin only cares about his "own legacy".

END_OF_DOCUMENT_TOKEN_TO_BE_REPLACED

Martin responded by saying that McNamara was "never a great enthusiast for the Covid regulations".

"First of all, can I say, it is interesting how times move very quickly in here, Deputy Smith and Deputy Callaghan raised the issue, and Deputy McNamara of aviation policies," Martin said.

"To be fair to Deputy McNamara, he has had a consistent approach from the get-go in relation to Covid-19, which if he doesn't mind me saying so is probably in the more libertarian wing, he was never a great enthusiast for the Covid regulations."

McNamara shouted the word "livelihoods" at the Taoiseach in response.

Martin added that the Government has "supported airports and airlines", saying that the "greatest threat" for the aviation industry was the Covid-19 virus itself. 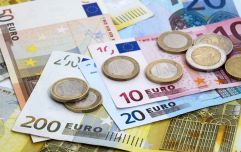 END_OF_DOCUMENT_TOKEN_TO_BE_REPLACED

He said that the Government will be meeting this week to finalise proposals on the introduction of the European Digital Green Certificate, which will allow travel between a number of EU countries when successfully rolled out.

Martin added that the TD's had "attacked the Government" over not introducing the mandatory hotel quarantine system quick enough, saying "you cannot have it both ways".

"Of course there is an issue, but there are consequences arising out of Covid-19 and arising out of the measures that we take to deal with Covid-19, and without question, aviation has been a significant casualty because of the virus and because of measures that have been taken which have not facilitated travel. That is simple, that is the correct position, but you cannot have it both ways."