“At a time when people are looking to you as Taoiseach for leadership, do you really think it’s appropriate to be using a speech to quote teen movies, as an in-joke with an actor?”

Taoiseach Leo Varadkar has defended his use of a quote from the popular movie Mean Girls in an address to the nation about measures to deal with the impact of Covid-19 in Ireland.

Last Friday, when announcing the easing of a number of Covid-19 restrictions in business and society, effective from 29 June, Varadkar said: “Some have asked whether there is a limit to what we can achieve. My answer is, that limit does not exist. We have been here before and we know the way out.” 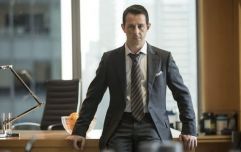 END_OF_DOCUMENT_TOKEN_TO_BE_REPLACED

Fans of the movie will recognise the use of the line “the limit does not exist” in Mean Girls by Cady Heron, a character played by Lindsay Lohan.

Varadkar’s use of the quote comes after he was challenged to do so in an interview on 2FM by actor Sean Astin, who played Sam in Lord of the Rings.

A reference to a quote by Sam in Lord of the Rings, of course, is one of a number of pop culture soundbytes that Varadkar has shoehorned into speeches in recent weeks and months; excerpts from a Dermot Kennedy song and the movie Terminator 2 have also featured.

Varadkar’s use of the Mean Girls quote attracted plenty of commentary in the aftermath of his speech on Friday and he was challenged on it on RTÉ’s Prime Time on Tuesday night.

Responding to a question from host David McCullagh, who asked him if his use of the quote was appropriate, Varadkar responded: “I think any quote is appropriate if it’s appropriate in its context, whether it was written in a movie or by a poet.”

“Yeah, in the context, it was in the context of our ambitions as a country and I know that some people may be snobbish about those things, that a quote from a movie is different from a quote from a poet or a great author like yourself, but I don’t see it that way,” Varadkar added.

"I think any quote is appropriate if it's appropriate in its context" Taoiseach Leo Varadkar discusses the use of film quotes in his Covid-19 speeches#RTEPT | @mcculld | @LeoVaradkar | #Covid19 pic.twitter.com/KiAzVK1Gs1

END_OF_DOCUMENT_TOKEN_TO_BE_REPLACED

While McCullagh noted that it was a trivial issue, he pressed Varadkar further on whether his use of the quote was appropriate considering that many people had died as a result as Covid-19 and it has had a significant impact on the livelihood of thousands of people in Ireland.

“I think any quote in any speech is appropriate if it’s in context and, you know, I’ve used quotes from poets and other writers precisely to deal with the issue that you have raised,” Varadkar responded.

“The fact that there are over 2,000 people on this island who have died as a consequence of Covid, that they have families who are grieving, and there are 100,000 people out of work.

“And I’ve used quotes that I identified with that I think explain some of the feelings that they’re having and the darkness around that.”

The Big Reviewski || JOE · TBR Spotlight: Loki - Episode Six - 'For All Time. Always.'
popular
QUIZ: Ignite your brain cells with this testing general knowledge quiz
The JOE Movie Quiz: Week 112
1,126 new cases confirmed as Paul Reid warns Covid-19 hospitalisations are "rising"
The JOE Friday Pub Quiz: Week 253
Professor suggests Garda checkpoints at Irish border to halt spread of Delta variant
Sunshine and high temperatures to come to an end as Met Éireann predicts week of thunder and rain
The JOE Music Quiz: Week 67
You may also like
3 days ago
Love Island hit with 1,500 complaints over contestant Danny Bibby
1 week ago
HBO reportedly paid James Gandolfini $3 million to NOT replace Steve Carrell in The Office
1 week ago
The six scariest scenes in the MCU so far
2 weeks ago
Five great new trailers you might have missed this week
2 weeks ago
Ian Bailey says people of west Cork have been very supportive, apart from the odd 'he did it' camp
2 weeks ago
Psychological thriller The Deceived, starring Paul Mescal, lands on Netflix today
Next Page