Leo Varadkar tells party a "circuit-breaker" can't be ruled out

It would involve short, sharp restrictions in a bid to reduce the spread of Covid-19.

Tánaiste Leo Varadkar has told his parliamentary party that it's not possible to rule out implementing a so-called "circuit-breaker" lockdown in Ireland to try and curb the spread of Covid-19.

A "circuit-breaker" lockdown would involve putting the entire country to a Level 5 lockdown for a period of time in a bid to quickly reduce levels of infection. 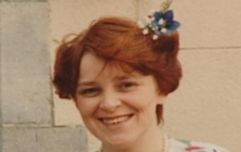 END_OF_DOCUMENT_TOKEN_TO_BE_REPLACED

Multiple reports, including from RTÉ, say the Fine Gael leader made the comments on a conference call to party Oireachtas members and MEPs.

The cabinet agreed on Monday to increase restrictions nationwide to Level 3, even though the National Public Health Emergency Team advised a move to Level 5 restrictions.

Speaking on Monday night after the decision, Varadkar criticised NPHET and Chief Medical Officer Dr Tony Holohan, saying the advice was not "thought through" and had been made without consultation.

The "circuit-breaker" would involve a short, sharp period of tightened restrictions, a move which has been utilised in other countries, most recently in Israel, although commentators in Israel have said it's too early to know whether the move has been effective.

On Tuesday, Sinn Féin leader Mary Lou McDonald said it was a difficult decision but the country was currently not ready for a move to Level 5 as it would have devastated families and businesses across the country.

However, she was critical of Varadkar's tone in the interview, saying it was "over the top".

She followed it up by stating in the Dáil, "when given advice advice, I think you accept it with some maturity and grace and then make your decision".