A man was shot dead in Kansas this week after he fell victim to the prank known as "swatting," where video gamers trick police into thinking a serious crime is happening in the home of their online rivals.

The Kansas police shot a man named Andrew Finch dead even though he had done nothing wrong. Someone had called the police posing as Finch, and claimed to have shot his father dead. The caller also claimed he was holding his younger brother, and mother, hostage.

"I shot him in the head and he's not breathing anymore," the caller told police. The caller went on to say that he was planning to burn the house down, according to the New York Daily News. 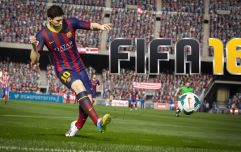 PIC: The cheapest place to buy FIFA '16 in Ireland has been found

END_OF_DOCUMENT_TOKEN_TO_BE_REPLACED

When officers arrived to Finch's house, he came out to the front door. Police have claimed that Finch then reached for his waistband, and that they shot him because they thought he might be reaching for a gun.

As of Friday night, no arrests have been made. Nevertheless, police have placed the blame squarely at the feet of whoever orchestrated the hoax.

"Due to the actions of a prankster we have an innocent victim," Wichita deputy police chief Troy Livingston said during a press conference Friday night.

popular
Gardaí warning people not to make unnecessary journeys in anticipation of Storm Barra
Carlow woman banned from keeping animals for life after starving dogs to death
Landscapers is the ultimate true-crime murder mystery show
"Danger to life" risk with Storm Barra "weather bomb", warns Met Éireann
Man dies after being attacked by newly calved cow in Mayo
The JOE Movie Quiz: Week 131
An underseen Keanu Reeves adventure is among the movies on TV tonight
You may also like
1 month ago
In conversation with Laura Bailey, one of the most famous performers in video game history
5 months ago
Taking a look at the seven huge games trailers that dropped this week
6 months ago
Returnal is either the best game or the worst game of 2021, depending on what type of gamer you are
7 months ago
New study shows Ireland among the world's top video game cheaters
9 months ago
WATCH: The first trailer for Aliens: Fireteam has arrived
11 months ago
KFC has launched a games console with a built-in chicken warmer
Next Page