Met Éireann has issued a Status Yellow snow and ice warning for 23 counties in Ireland on Thursday.

The warning, affecting Munster, Connacht and Leinster, comes into effect at 8am on Thursday morning and expires at 8am on Friday morning. 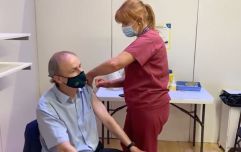 END_OF_DOCUMENT_TOKEN_TO_BE_REPLACED

Met Éireann said a band of snow spreading northeastwards on Thursday will bring snow across Ireland with accumulations of 5cm in some areas and even more on mountainous areas.

However, from Thursday night, it will transition to rain and sleet in most areas.

It is the second warning issued by Met Éireann today after a separate snow and ice warning was issued for eight counties from 8am on Tuesday until 6pm on Wednesday.

The Met Office also issued a snow and ice warning for Antrim, Armagh and Down from 4pm on Tuesday until 11am on Wednesday.

It said scattered snow showers blowing in from the Irish Sea may cause minor travel disruption in these areas.

AA Ireland said people who need to travel should exercise caution due to potentially icy and hazardous conditions. 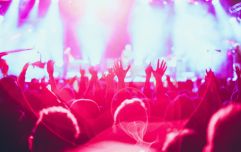 END_OF_DOCUMENT_TOKEN_TO_BE_REPLACED

“On icy roads it can take much longer to bring your car to a stop in an emergency, so it’s important that you reduce your speed and allow extra distance between yourself and other road users," Conor Faughnan, AA Director of Consumer Affairs said.

popular
QUIZ: Can you list the 32 counties of Ireland in order of population size from largest to smallest?
Taoiseach Micheál Martin has received his first dose of Covid-19 vaccine
QUIZ: Can you identify the EU country of origin from these €1 coins?
The JOE Movie Quiz: Week 101
The JOE Music Quiz: Week 56
Concerts and live events could be piloted across Ireland as early as July
QUIZ: Can you identify which of these countries have the colour blue in their flag?
You may also like
3 hours ago
Professor Philip Nolan hits out at Lidl antigen tests saying they "will not keep you safe"
20 hours ago
Austria and Italy among 11 countries removed from mandatory hotel quarantine list
20 hours ago
One more person with Covid-19 has died in Ireland, 408 new cases
21 hours ago
Digital Green Certificates could be implemented in Ireland by the end of June
1 day ago
Covid-19 cases in Irish hospitals drop to their lowest level since last September
1 day ago
Over €6.5 million raised so far through Darkness Into Light campaign for Pieta House
Next Page