President Michael D. Higgins has called for a "fearless response" to the various scandals that plagued Ireland's 2016 Olympics.

The remarks were made as part of a speech the President gave while hosting Ireland's Olympians at Áras an Uachtaráin.

After congratulating our Olympians, Higgins discussed the serious issues exposed during the Olympics "both here in Ireland and amongst the entire Olympic Family." 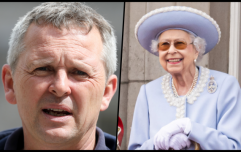 END_OF_DOCUMENT_TOKEN_TO_BE_REPLACED

"Issues of doping, alas never far from the Olympic story in recent years, questionable decision making by referees and judges during the games, and the controversy around the administration of our sports all deserve serious analysis and fearless responses here at home and internationally."

In a full-throated appraisal of Ireland's Olympics, which involved drugs, corrupt judging decisions and an illegal ticketing scandal, Higgins said "if not adequately addressed, has the potential to undermine public confidence in our athletes, in our sporting administration and in the fairness of international sporting competition itself."

Corruption was not the entire theme of the speech, however, and Higgins warmly commended our athletes for their efforts and success, telling them that  they had "shown them through your courage, what can be achieved with tenacity, hard work and a positive attitude. Above all you have created and represent great joy."

popular
Amazon Prime Video has just added 37 big movies to its library
10 years ago today, the scariest movie ever made (according to science) was released
Welder awarded €15,000 for unfair dismissal despite admitting to drinking alcohol before work
County where winning Lotto jackpot ticket worth nearly €9 million was sold confirmed
It took five long weeks, but The Rings Of Power is finally fantastic
Here's the line-up for this week's episode of The Late Late Show
Netflix has just quietly added 30 big movies to its library
You may also like
2 months ago
Michael D. Higgins issues statement on Ukraine following controversy over his wife's letter
2 months ago
QUIZ: Can you name all the Presidents of the Republic of Ireland?
3 months ago
Varadkar says President is "immune in many ways from criticism and scrutiny"
3 months ago
"It is a disaster" - Michael D. Higgins slams Ireland's housing policy as "great failure"
3 months ago
Local bishop criticises Michael D. Higgins' statement following Nigerian church shooting
5 months ago
"Incredible and dangerous narcissism" – Michael D. Higgins slams Elon Musk's purchase of Twitter
Next Page