The minimum wage in Ireland is set for an increase in the coming year, following remarks made by Tánaiste Leo Varadkar on Thursday afternoon.

Addressing those gathered in Dáil Éireann, Varadkar indicated that the current minimum wage of €10.20 per hour will be raised in the coming year.

END_OF_DOCUMENT_TOKEN_TO_BE_REPLACED

Varadkar's comments arrive following the submission of a report to Government by the Low Pay Commission in which the commission has formally called for an overall increase.

The Tánaiste has also signalled pay increases for pensions, social welfare and the fuel allowance ahead of October's annual budget breakdown.

Asked by Labour leader Alan Kelly if a proposed recognition for frontline workers will get the green light following disputes that such a bonus would eat into the forthcoming budget, Varadkar dismissed those fears.

"First of all I'd say – don't believe everything you read in the papers, particularly in the run-up to budget time.

END_OF_DOCUMENT_TOKEN_TO_BE_REPLACED

"I don't know how many absolutely contradictory stories I've seen now in newspapers over the past couple of weeks in relation to what is and is not on the budget and what is being considered and what isn't.

"What I can say to you is that we will engage with unions and worker representatives around a recognition bonus for staff who did the extra mile [and] went out of their way during the pandemic. We want to do it, they deserve it and I think the public wants us to do it – so, we want there to be a recognition payment or additional leave.

"It would be better if it fell into this financial year [rather] than next year," Varadkar continued. 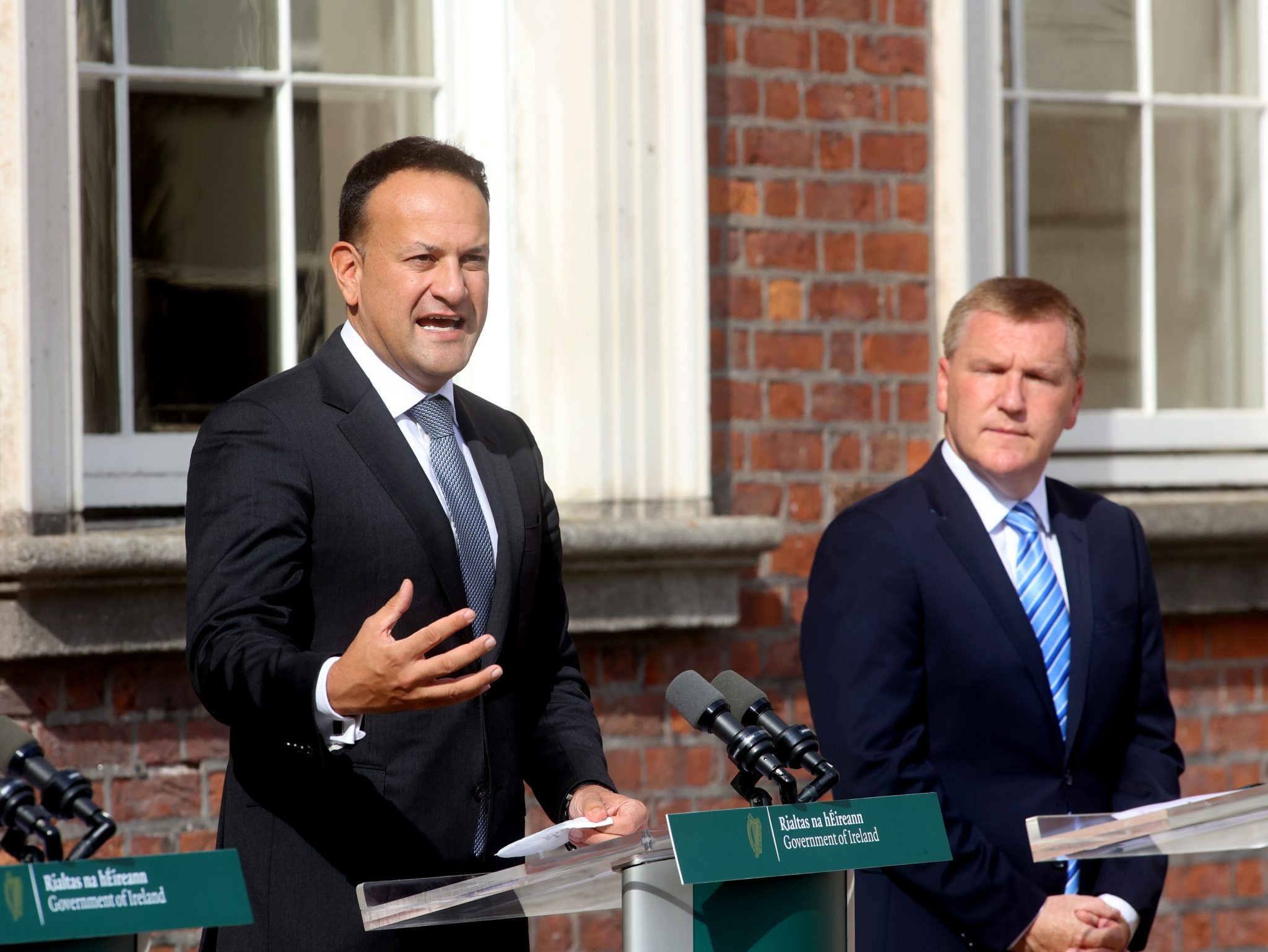 END_OF_DOCUMENT_TOKEN_TO_BE_REPLACED

Elsewhere in Dáil business on Thursday, the Tánaiste was grilled by Sinn Féin TD Pearse Doherty following his controversial comments about the housing crisis earlier in the week.

Doherty posited that Varadkar sees homes "as an investment" during a heated debate, citing a "ridiculous and unsustainable situation" that the government has been keenly aware of for many years.

"I believe this has happened because you have looked at homes as an investment, as a potential profit margin for investors or individuals as opposed to looking through the prism of securing a roof over somebody's head," said Doherty.

Varadkar hit back by saying that Doherty "thinks" he knows but "does not", adding that there was not a person in the Dáil unaware of the housing issues facing the country.

The Tánaiste stated that Sinn Féin does not "have a monopoly on compassion and understanding", saying that Sinn Féin "never miss an opportunity to oppose housing here in the south" and "voted to increase rents in Northern Ireland in a pandemic".

popular
Amazon Prime Video has just added 38 very big movies to its library
The Banshees Of Inisherin is arriving on Disney+ sooner than you might expect
Mia Khalifa claims seaside town is better than Miami
U2 drummer Larry Mullen Jr. says band may perform without him in 2023
The 50 most iconic songs of all time* have been revealed
One of the best movies of the decade has just been added to Netflix
Woman hit by rollercoaster is trapped in own body after finally awaking from coma
You may also like
18 hours ago
We could be getting snow this Thursday, according to Met Éireann
1 day ago
Ireland sees '100% success rating' with four-day work week trial
1 day ago
Winter warning issued as "severe" week of cold weather in store for Ireland
3 days ago
Temperatures set to drop to freezing this weekend as Christmas predictions emerge
5 days ago
11 Irish counties in the spotlight as Gardaí crack down on sex trade
6 days ago
Face of boy attacked by dog in Wexford is "completely destroyed", says his family
Next Page