The segment left many divided.

A mother was interviewed on BBC Breakfast on Wednesday morning about how she tracked down and killed the paedophile who abused her son.

Sarah Sands told presenters Sally Nugent and Jon Kay how she decided to take matters into her own hands in 2014, when she stabbed Michael Pleasted to death at his flat. 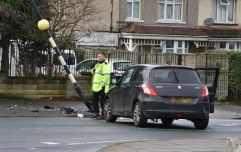 END_OF_DOCUMENT_TOKEN_TO_BE_REPLACED

The mother-of-three attacked 77-year-old Pleasted, who had changed his name, after discovering he had abused her son Bradley when he was 12.

During her trial in 2015, she was cleared of murder but convicted of manslaughter and sentenced to three-and-a-half years in prison.

She was released in 2018, and on Wednesday spoke to BBC Breakfast about her story, calling for tighter restrictions on convicted sex offenders who change their names.

END_OF_DOCUMENT_TOKEN_TO_BE_REPLACED

Sarah explained how her children were affected following her killing of Pleasted.

She said: "After the lack of support, in the five weeks leading up to that and the children having to go and testify, and they had to go to court because he pleaded not guilty, on top of everything else.

"I wasn't aware of his previous at that point, so I didn't know how bad it was until all unravelled," she added.

A mother who killed a sex offender is campaigning to stop paedophiles changing their names to hide their criminal history.

Sarah Sands spoke to #BBCBreakfast alongside the BBC Home Affairs Correspondent June Kelly about calls to change the lawhttps://t.co/4LDgaRJFIK pic.twitter.com/qC66b1hUa1

Pleasted was well known on the estate where Sarah and her boys lived in Silvertown, east London.

However, no one knew that he had 24 previous convictions for sex offending spanning three decade under his original name, Robin Moult.

Despite his criminal past, he was under no obligation to tell Newham Council about his previous convictions or his change of name, and in the late 90s the council provided him with a flat under his new name in a block overlooking a children's playground and a primary school.

At the time, Pleasted was not on the sex offenders register because his crimes pre-dated it and neither police or the probation service had a requirement to share information about him with the council.

The segment left many watching divided, with some unsure whether she should have been interviewed on a show like BBC Breakfast.

Others, however, were not happy with how Sarah was questioned during their chat.

Taking to Twitter, one person wrote: "Is it normal for #bbcbreakfast to interview murderers? Seems really weird."

Another said: "So #BBCBreakfast now decides it's acceptable to plug books written by convicted killers? No matter the provocation, this simply defies belief?

"Kill someone and be convicted, safe in the knowledge that the #BBC will help you make money from your crime when you get out?"

So #BBCBreakfast now decides it's acceptable to plug books written by convicted killers? No matter the provocation, this simply defies belief? Kill someone and be convicted, safe in the knowledge that the #BBC will help you make money from your crime when you get out? #Shocking

But others sympathised with Sarah's story and jumped to her defence.

Offering an opposing view, one viewer penned: "Sarah and her children were failed. Why are they making her out to be a bad person? I'm PROUD of her and her boys!!"

While another shared: "The institutions failed that family. Why was that man allowed back into the community? Why was he allowed to change his name?"

You can read the full story about Sarah and her family here.