A crunch Cabinet meeting is set for Tuesday.

Government leaders have met with Chief Medical Officer Tony Holohan and other senior members of NPHET on Monday evening ahead of a Cabinet meeting tomorrow.

They are set to consider the findings from NPHET's epidemiological team, who have been studying the new Omicron variant as well as the ongoing Delta surge. 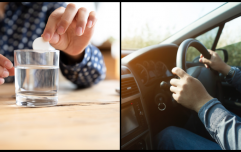 END_OF_DOCUMENT_TOKEN_TO_BE_REPLACED

Officials will decide what steps to take next as countries across the world issue public health advice and tighten travel restrictions.

Ministers have been clear that a nationwide lockdown is not on the cards and further harsh restrictions are unlikely to be imposed.

However, several new rules are likely to be put in place.

Parents are set to be advised against Christmas plays, play dates, birthday parties and other gatherings for young children, in what has been described as a type of "circuit-breaker".

It’s expected the Cabinet will agree to a circuit-breaker for children as Covid cases continue to remain high among five to 11-year-olds. Minister Donnelly said there has been no discussion to close schools.

"NPHET has provided advice – is Government going to endorse that advice? I can tell you as Minister for Health, I do, but Cabinet, as is right and proper, will take a view tomorrow," he said on Today with Claire Byrne on Monday. 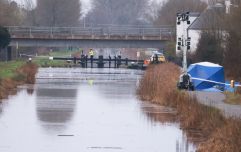 END_OF_DOCUMENT_TOKEN_TO_BE_REPLACED

Asked if a parent is organising a birthday party for their child should they cancel it, Donnelly said:

"Yeah, yeah, absolutely. But remember, for a short period of time – just two or three weeks – and, critically, for the really important reason of keeping children safe.

"Every parent will want to do the right thing to keep their kids safe, that would be the advice."

A final decision regarding young children wearing masks in school will also be made tomorrow.

Meanwhile, Irish travel guidelines are likely to be updated in line with the current situation, as several countries begin to implement restrictions in this area.

END_OF_DOCUMENT_TOKEN_TO_BE_REPLACED

The UK announced new travel rules over the weekend. Meanwhile, Japan has shut its borders to contain the spread while Australia has reintroduced border restrictions on some countries in southern Africa.

Travel to seven African countries from Ireland is currently not advised.

Irish residents returning home from these countries will be required to undergo strict home quarantine.