The guns used in Friday's attacks were purchased legally in 2017.

New Zealand Prime Minister Jacinda Ardern has said that their "gun laws will change" following the mass shooting at two Christchurch mosques that left 49 people dead, according to CNN.

Speaking at a news conference on Saturday morning, she said: "There were five guns used by the primary perpetrator.

"There were two semi-automatic weapons and two shotguns. The offender was in possession of a gun license. I'm advised this was acquired in November of 2017. A lever-action firearm was also found.

"While work is being done as to the chain of events that lead to both the holding of this gun license and the possession of these weapons, I can tell you one thing right now.

"Our gun laws will change." 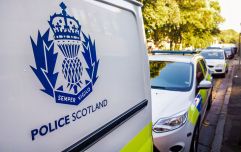 END_OF_DOCUMENT_TOKEN_TO_BE_REPLACED

New Zealand's gun laws, which were first passed in 1983, have come under scrutiny following the attack, but Ardern's words have been definitive since.

As it stands, potential gun owners in New Zealand must be over the age of 16 and pass a police background check, according to GunPolicy.org.


popular
QUIZ: Name the US States which contain the letter ‘R’
Man charged over attempted hijacking incident in Dublin
Here's Week 45 of JOE's 19 in 90 quiz
Twitter delete their own tweet after Manchester United complaint
WATCH: Paul Mescal tests The Young Offenders on their friendship
Ireland to abandon phases in favour of colour-coded response to Covid-19 restrictions
126 pubs now suspected of breaching Covid-19 regulations
You may also like
19 hours ago
GRA express hope other suspects in Adrian Donohue murder “will be brought to justice”
1 day ago
Man hospitalised following stabbing in Tipperary
2 days ago
Gardaí appealing for witnesses following death of a man in Tallaght
3 days ago
Man dies following "serious incident" in Dublin
3 days ago
Gardaí investigating dead body found in Dublin on Saturday night
5 days ago
€240,000 worth of cannabis seized in Leitrim
Next Page