Of course Nigel Farage has a podcast now, and of course it has an utterly ridiculous name

No doubt it will be both fair and balanced.

Actual human being Nigel Farage has decided to move with the times and get into the podcast game with his brand new show Farage Against The Machine.

Yep, that's what it's called. 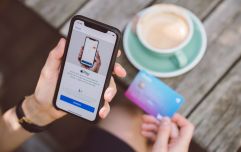 A new rival to Revolut is set to launch in Ireland

END_OF_DOCUMENT_TOKEN_TO_BE_REPLACED

"But JOE, that doesn't really make sense given how his surname is pronounced!" you cry, only for those valid cries to sink the deep dark all-consuming void.

The former UKIP leader and Brexit enthusiast has found a home on LBC, who promise listeners "a front row seat into an ever-changing political landscape and unprecedented access on Nigel Farage’s journey."

There's also the unique selling point that guests "won't just be people that Nigel agrees with," which is a handy direction given they probably want to make more than five episodes of the thing.

Meanwhile, a Twitter account run by Rage Against the Machine fans reacted to the news with the kind of vitriol you'd associate with Zack de la Rocha's more venomous verses:

This pissweasel IS the machine - peddling the sort of inane, blame-heavy bullshit that the guys in @RATM have been raging against since day one...#FuckNigelFarage

Farage does have notable history with LBC, specifically the time he was soundly destroyed by James O'Brien: 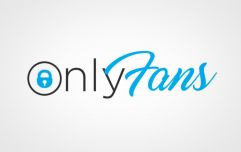 END_OF_DOCUMENT_TOKEN_TO_BE_REPLACED

O'Brien, incidentally, is also a podcaster, and a good one. You can catch up on episodes of his Unfiltered show and enjoy in-depth conversations with the likes of Eric Cantona, Lily Allen, Gary Lineker and Jon Ronson at this here link.

Meanwhile, here's one of RATM's finest anthems to enjoy:

popular
RTÉ tries to solve Michael Collins murder in new documentary
Two men arrested after woman is stabbed in Kerry
QUIZ: Can you get top marks in this short but tricky Irish geography quiz?
4-year-old girl killed in Sligo caravan park named as Alice Dunleavy
Two long-thought-dead Marvel projects appear to be in the works
QUIZ: Can you score 12/15 in this difficult General Knowledge Quiz?
Family of Ashling Murphy share heartbreaking tribute at Fleadh Cheoil
You may also like
1 week ago
Instagram walks back on recent changes that you all hate
1 week ago
Sky Glass confirmed to launch in Ireland this August
3 weeks ago
Microsoft could be sizing up to buy Netflix, claims analyst
1 month ago
Half of the internet stopped working due to outages
1 month ago
Google suspends employee after claiming an AI had become sentient
2 months ago
Apple to introduce 'Safety Check' feature to assist victims of abusive relationships
Next Page