The word "game-changer" gets thrown about an awful lot these days...

On Friday morning, the airline announced that they would be running 37% more weekly departures to the USA and Canada as part of their 2019 summer schedule. 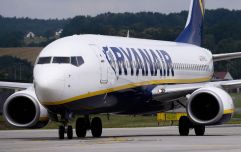 Ryanair extends €0 change fee for all bookings before 31 March

END_OF_DOCUMENT_TOKEN_TO_BE_REPLACED

Specifically, there will now be a daily service from Dublin to Providence-Boston, starting from March 31, 2019. Flights from Dublin to New York's Stewart Airport will continue to run twice daily.

Those flying out of Shannon will also benefit, as the airline has announced plans to increase weekly flights from Shannon to New York from three to five. There will still be four flights per week from Shannon to Providence-Boston.

Norwegian Air has also announced a new route, that will take Irish passengers to and from Hamilton, a Canadian city which neighbours Toronto.

This daily service will also commence on 31 March 2019 and will mark the first direct flight between Hamilton and Dublin. Lowest fares will begin at €189.

Though the new schedule will not come into operation until next spring, flights are now available to book.

House of Rugby Ireland · Munster can't beat Leinster, Six Nations squad and John Cooney interview
popular
Holly Willoughby criticises influencer for travelling to Dubai during pandemic
QUIZ: Can you name all of these countries just from one of their cities?
Vials of Covid vaccine in Louth and Meath area dumped as they weren't stored properly
Here are the best movies on TV tonight
90 further Covid deaths confirmed, 928 new cases
New Zealand set to close its borders for the entirety of 2021
Leo Varadkar says if Ireland introduced mandatory hotel quarantine, it would have to do so for a year
You may also like
4 days ago
NPHET in favour of stopping all non-essential travel
4 days ago
‘Dark red’ zones with stricter travel restrictions set to be introduced in the EU
1 week ago
All passengers coming into Ireland to require negative test result
1 month ago
Ryanair announces two last-minute rescue flights for eligible Irish citizens stranded in the UK on Christmas Eve
1 month ago
People who arrived in Ireland from the UK after 11 December should eat Christmas dinner in their room – HSE
1 month ago
Tánaiste says there will be no road blocks on border during new Covid restrictions
Next Page