The Monaghan U-20 footballer died in a car crash last year.

The father of Monaghan under-20 footballer Brendan Óg (Ógie) Duffy has opened up about the aftermath of his son's death, stating: "The deeper the love, the deeper the sadness."

This was just hours after captaining his county to victory against Donegal in the semi-final of the Ulster Championship. 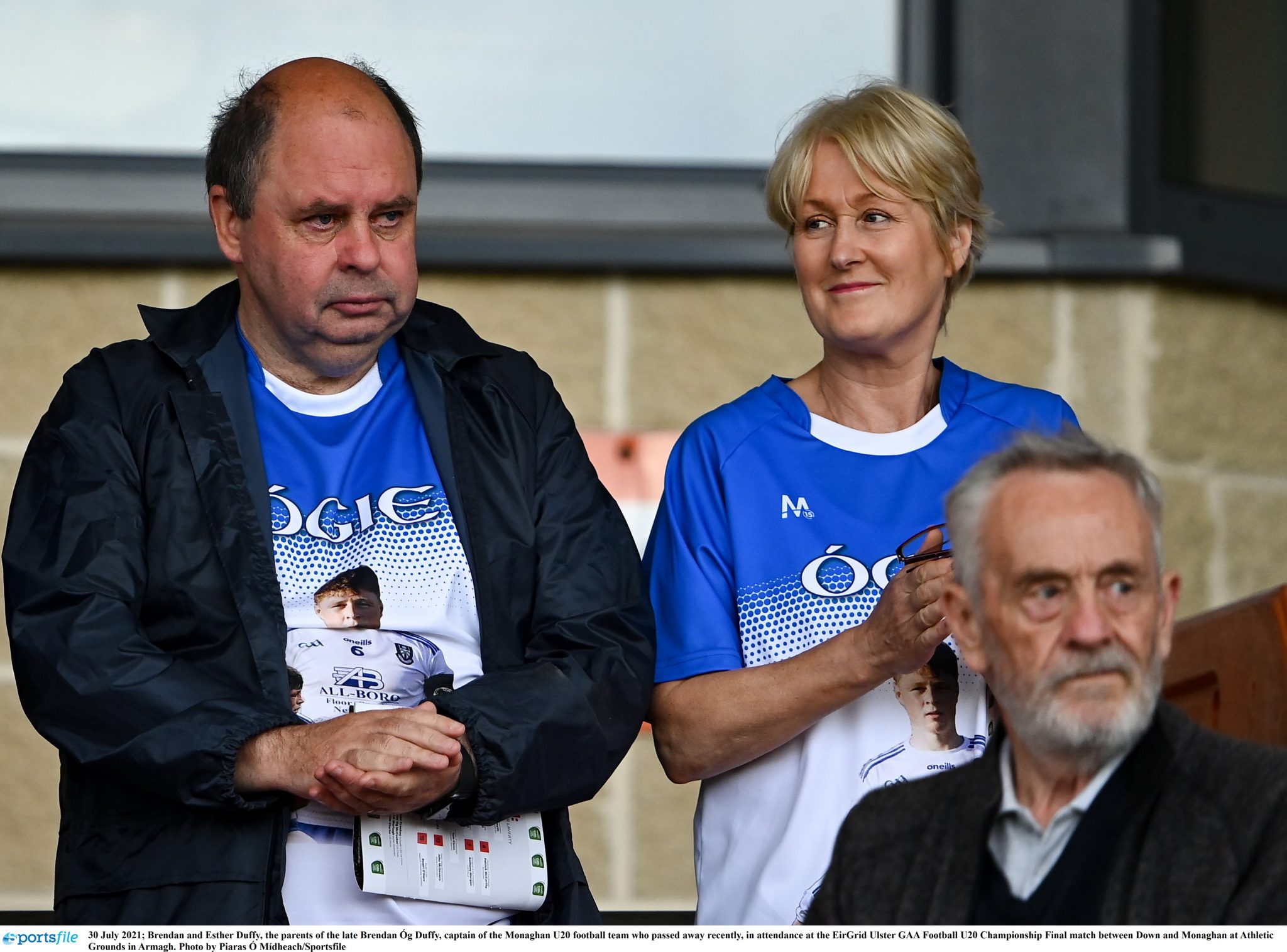 Now, the footballer's dad Brendan has written a book titled Ómós d’Ógie in memory of his son, which he appeared on Today with Claire Byrne on Wednesday (19 October) to speak about.

END_OF_DOCUMENT_TOKEN_TO_BE_REPLACED

"I'd describe it as a scrapbook and there are as many memories between the two covers as we could put in pictorial form and text," he told the show.

He also said he found it therapeutic to write the book and that he hopes it helps people grieving or suffering.

"I've learned a lot from this. I wouldn't dare to tell somebody how they should grieve or to understand what grief looks like to them. It's very different," Brendan explained.

"But I would like to think I'd be there for them and listen to them with empathy and to give them space to talk.

"And if they wish me to share my views and my experience with them, I will do so.

Monaghan players wore a shirt in honour of the late Brendan Óg Duffy during the warm-up for the Ulster u20 final. Down won the game after extra time, but it was a fantastic battle from the Farney, and an emotional evening for everyone involved 🙏🏻 pic.twitter.com/QgTrNZwm3x

"So, in that way, I think it is helping some people. A number have approached me and said it has helped them."

The book sees Brendan discuss how the pain of losing Ógie became more acute over time.

"In those initial stages, there's an adrenaline there that takes you over the first period of it and I suppose the fraternity or the camaraderie of so many people visiting the house and the help we got, which is outlined in the book," he said.

"But I suppose the grief becomes more private and that numbness wears off and you're left with raw emotion, with raw pain.

"We're progressing as well as I would expect.

"Certainly from time to time, it just hits you in waves... but it passes as well."

He also paid tribute on the show to his local community and its GAA organisations for the help they provided in the aftermath of Ógie's death, calling them "superb".

Commenting on Ómós d’Ógie, Claire said it was clear from the book how loved Ógie is, to which Brendan replied: "I suppose loss and sadness is the flipside of love and the deeper the love, the deeper the sadness when something like this happens."