One man has died following a serious crash in Limerick

Another man has been taken to hospital with non-life threatening injuries.

Gardaí are currently at the scene of a fatal road traffic collision involving two motorcycles and a van that occurred at approximately 5pm on Saturday 4 January.

The incident occurred outside Dromkeen in Limerick.

One man has died as a result of the collision, while another was taken to hospital with what is believed to be non-life threatening injuries.

The driver of a motorcycle, a man in his early 50s, was pronounced dead at the scene. A post mortem will be conducted at a later date at University Hospital Limerick.

The N24 Tipperary Rd is closed both ways on the Limerick City side pending an examination by Forensic Collision Investigators, and is expected to be closed for the night. 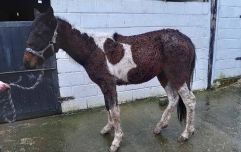 END_OF_DOCUMENT_TOKEN_TO_BE_REPLACED

Local diversions are also in place.

Gardaí are appealing for anyone with information, particularly any road users who may have camera footage travelling on the N24 between Limerick and Tipperary before 5pm, to come forward.

Anyone with information regarding the crash is asked to contact Bruff Garda Station on 061 382940, the Garda Confidential Line on 1800 666 111, or any Garda Station.


popular
Ireland's best places to work for 2020 have been revealed
Interactive infographic shows real-time spread of coronavirus outbreak
Here's Week 21 of JOE's 19 in 90 quickfire quiz
ISPCA rescue horse tied to electricity pole in Tipperary
QUIZ: What movie/TV show are these fictional sports teams from?
Emirates is recruiting new cabin crew members in Galway for tax-free jobs
These are the 10 most popular movies and TV shows on Netflix in Ireland right now
You may also like
2 hours ago
Ireland's best places to work for 2020 have been revealed
2 hours ago
Gardaí investigating shooting at a house in North Dublin
18 hours ago
Galway parish reports record high attendance at Ash Wednesday drive-thru
21 hours ago
Ireland vs Italy Six Nations games will not go ahead due to coronavirus concerns
21 hours ago
Gardaí investigating alleged sexual assault on woman at a house in Cork
1 day ago
Man arrested for spate of burglaries in Cork and Waterford
Next Page