“I am appalled, dumbfounded, outraged and indeed absolutely livid at what I have witnessed on my television screen this evening.”

Labour senator Aodhán Ó Ríordáin has posted a picture of a letter he sent to RTÉ expressing his outrage at the debate on the refugee crisis on Claire Byrne Live on Monday night.

Actor Liam Cunningham, journalist Ian O'Doherty and Minister for Defence Paul Kehoe all appeared on the programme to discuss the issue and the broadcast generated a big reaction on social media.

END_OF_DOCUMENT_TOKEN_TO_BE_REPLACED

So incensed was Ó Ríordáin by what he witnessed that he was moved to write a letter just before midnight on Monday night, criticising RTÉ for addressing an issue “that is tearing countries and communities across Europe apart… with all the sensitivity of a lumberjack”.

Ó Ríordáin blasted the national broadcaster for his assertion that they “deliberately sought out the most xenophobic and hateful voices you could find in order to enhance viewership numbers” and reserved specific criticism for Ian O’Doherty, saying: “Since when has Ian O’Doherty been a respected commentator on anything?”

You can read the letter in full below and you can watch Claire Byrne Live on the RTÉ Player here.

I have never before written to RTÉ to complain about any subject but I am appalled, dumbfounded, outraged and indeed absolutely livit at what I have witnessed on my television screen this evening. 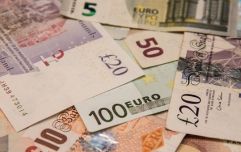 END_OF_DOCUMENT_TOKEN_TO_BE_REPLACED

You managed to handle the most divisive of political issues, one that is tearing countries and communities across Europe apart - the matter of the Refugee Crisis, with the sensitivity of a lumberjack.

In doing so it appears you deliberately sought out the most xenophobic and hateful voices you could find in order to enhance viewership numbers. Are the most reasonable people you could find represented by the National Party? Since when has Ian O'Doherty been a respected commentator on anything?

You had an opportunity to ask the government representative serious and searching questions about the Refugee Crisis and what our response should be. Instead you choose the lowest common denominator route which I'm quite sure upset any non-white Irish Christian child half to death if they had the misfortune to be watching it. Are they going to be raped by a Muslim? You actually gave a number of speakers a platform to spread that filth. I cannot begin to adequately express my disgust.

This is an important issue. Probably the most important issue of our time. And yet your opportunity to debate it calmly and respectfully fell at the alter of gutter journalism.

I'm ashamed of what you have produced tonight. I can only hope that children who don't fit into the National Party's perfect view of the world didn't see it. Or that what was said won't be repeated in the playground. 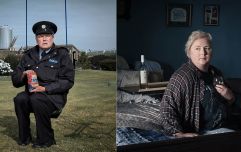 END_OF_DOCUMENT_TOKEN_TO_BE_REPLACED

If it is I'm sure you'll say that you're only reflecting views in society. But you have responsibilities to the licence payer and to the wider public. You have grossly failed in that regard this evening.

popular
A terrific crime thriller is among the movies on TV tonight
Daniel Craig's best pre-James Bond film is among the movies on TV tonight
The JOE Movie Quiz: Week 131
One of Keanu Reeves' best movies has just been added to Netflix
QUIZ: Can you get full marks in this General Knowledge Quiz?
QUIZ: Do you reckon you can get 15/15 in this General Knowledge Quiz
The 50 most iconic songs of all time* have been revealed
You may also like
2 days ago
10 must-watch shows and movies arriving on NOW this December
3 days ago
One of 2021's most overlooked movies and 7 more movies and shows to watch this week
3 days ago
COMPETITION: Just in time for Christmas, we've got a €200 One4All voucher to give away!
4 days ago
Game of Thrones Studio Tour will open in Ireland in February 2022
6 days ago
8 great new additions to Amazon Prime Video in December
6 days ago
"It has a Beauty & The Beast aspect" - Kristofer Hivju on his role in The Witcher Season 2
Next Page