PIC: This guy became a media hero for celebrating a stag do ALONE after his friends flights got cancelled

In a scenario that seems awful like something out of a Home Alone movie, this McCauley Culkin charachter Robert Chernow ended up in Chicago all alone when all his friends were on another flight that got cancelled.

Even worse Robert was supposed to be on a stag with his buddy Jake who was getting married. Jake was on the flight that got cancelled with the rest of the entourage so Robert took it upon himself to document his time in Chicago on Instagram with the hashtag #chicagoforone

It didn't take long for his dead pan humour and hilarious situation to reach the media and soon Robert was being described on news sites as "a less bad ass Will Smith" as his adventure unfolded on Instagram through a series of dreadfully depressing looking photos.

Robert started off fairly optimistic about the whole thing, looking forward to a Chicago Bears game, but soon realised friends are a fairly necessary accessory for a trip to an unknown city for fun and frolics.

Hey @notjake_fromstatefarm, thanks for inviting me to your bachelor party and then having your flight get canceled so I'm the only one here! Let's go Bears! #chicagoforone

The boat ride was spacious, if not a little empty as Robert checked out the local site seeing.

I have so much room on this boat for all my friends who's flights to Chicago got canceled. #chicagoforone @notjake_fromstatefarm 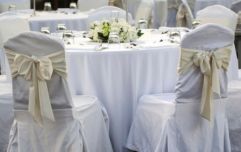 END_OF_DOCUMENT_TOKEN_TO_BE_REPLACED

Strolling down the Navy Pier turned out to be a solitary business without his buddies to take on the Merry-go-round with him and in his current condition, we think he was fair to un-merry to be allowed on the ride, one look at him and there would be kids crying.

Thanks @notjake_fromstatefarm for not coming to your bachelor party. Now I can pick any horse that I want. #navypier #chicagoforone

Back on the boat, Robert reminisces about meeting a lady who referred to him as "the sad man" and moved seats not to be around him. Nice.

This is Michelle. Her and her family sat next to me on the boat (the seats that my friends would've been occupying had they made it here). She showed genuine remorse for my situation - So much so that she gave me a mini bottle of Cabernet before telling her kids "let's go sit somewhere else and let the sad man be alone". Thanks, Michelle! #chicagoforone

Desperte for human companionship, Robert turned to Twitter to find friends who would help him out of his lonely situation.

Of course, Tinder being Tinder, the inevitable happened...

Tinder update! It got real weird real quick. Think I'll stick to asking for recommendations from the hotel concierge #chicagoforone

Trying to get back his initial enthusiasm obert went to see another game, but it just wasn't a cheery affair.

He tried meeting new friends down the park....

Though Chicago is normally known for it's chilly climate, the city's brief 2 month summer is considered a temperate "diamond in the rough" perfect for many things, including sunbathing....or staring at the sky waiting for your friends' planes to arrive. #chicagoforone

He spent some of the extra time on a pampering session back at his hotel.

And with a spirit that most of us would have found broken by now, he continued his dismal site seeing tour for one.

Both my hotel concierge Alex and new friends on Tinder agree - The Bean at Millennial Park is a must for a great photo-shoot. "It's the perfect for spot for a wacky photo with all your friends in front of the Chicago Skyline". Thanks, Alex! #chicagoforone

Of course with so much time to burn he found himself spending money like water and needed a bit of help to fund his lonely adventures.

Thank you, Will Heineman for supporting me in my lonely time of need. All proceeds will go towards buying new (and hopefully better) Chicago friends #chicagoforone

Reaching a new low, it seemed everything was cynically against him.

You said it, pillar! #chicagoforone

But it wasn't all bad, he did get an extra lime in his drink at a restaurant -that's right people, an extra lime.

This is Jojo. He's my waiter and self proclaimed "Mayor of Margaritaville". After hearing my story he decried the I get an extra lime in my drink...if only it were an extra friend instead... #chicagoforone

Soon the media caught onto his story and his was on chicago radio retelling his depressing story to everyone who found his situation terrifically amusing.

This is Steve. He's a reporter for WBBM Chicago and wanted to share my story on the radio. His first question to me was "is this real or are you promoting something?" Since loneliness isn't promotable, I said no. Thanks, Steve! #chicagoforone

Finally the rest of the stag team arrived and the real celebrations began.

This is Jake. He's the bachelor who's party I've been celebrating. After spending 40+ hrs in flight purgatory he has finally arrived and was so excited that he couldn't help scream "thanks for making my weekend all about you". You're welcome, Jake...welcome to your bachelor party! #chicagowithfriends On a side note - I'd like to thank everyone for their unwavering support in my time of loneliness. Chicago is an amazing city with even more amazing people. I've had 2 days to experience this first hand and now I'm asking that you show the bachelor the same hospitality! He's been cooped up in a hotel in Queens since yesterday and now only has 48 hrs to make up for lost time! I'll keep posting where we are and if you can come meet up, have a drink and help us give him the best damn bachelor party ever! Thanks, everyone!

With his new found fame, Robert and his gang got VIP treatment at a local bar and nightclub with free drinks all night. A happy ending for all involved.

@studioparischi gave us the VIP treatment. No lines and free drinks but most importantly a dance floor of potential friends. One friendly even said "you're that guy". Yes. Yes I am! Thanks, @studioparischi! #chicagoforone


popular
Ireland's best places to work for 2020 have been revealed
ISPCA rescue horse tied to electricity pole in Tipperary
Interactive infographic shows real-time spread of coronavirus outbreak
Here's Week 21 of JOE's 19 in 90 quickfire quiz
QUIZ: What movie/TV show are these fictional sports teams from?
Emirates is recruiting new cabin crew members in Galway for tax-free jobs
Six dead following mass shooting in Milwaukee
You may also like
1 day ago
The most Instagrammed honeymoon destinations in the world have been revealed
4 months ago
Man sues ex-wife's new lover for "alienation of affection" - and wins
1 year ago
RTÉ are looking for newly engaged couples for their new wedding planning show
1 year ago
WATCH: Heartfelt wedding speech in Sligo turns into huge musical number
1 year ago
Daniel O'Donnell crashed a wedding over the weekend and made everyone's day
3 days ago
A 32-year-old man has died following a traffic collision in Kilkenny
Next Page