Not all heroes wear capes...

A driver in Germany is receiving widespread praise this week as his quick thinking saved the life of another motorist.

Driving his Tesla, he noticed while travelling on the Autobahn, a car driving erratically in the lane ahead of him.

As he overtook the car, he saw the driver was unconscious at the wheel and effectively, the car was in runaway mode and had collided with the barrier a number of times.

Quickly he pulled his Tesla in front of the other car and tapped the brakes to bring the car bumper to bumper. Using his brakes, he managed to slow the car to a halt. 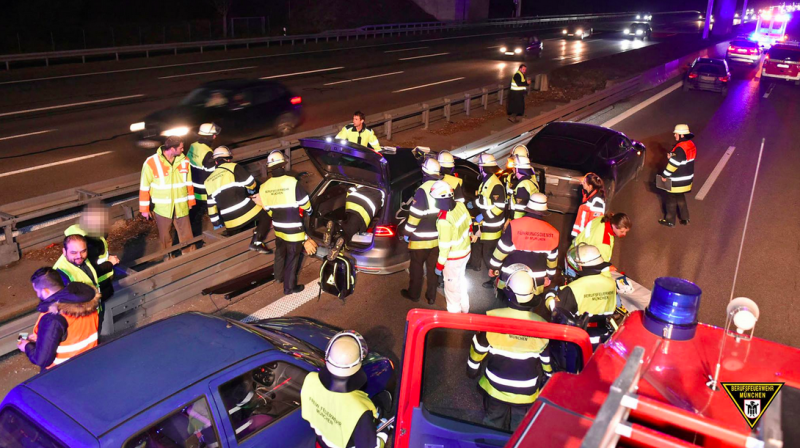 He then called for medical attention of the unconscious driver who is believed to have suffered a stroke at the wheel of the car.

CEO of Tesla, Elon Musk caught wind of the driver's heroic deeds earlier in the week, and has since promised that Tesla will foot the bill for any damage incurred to the car during the life saving manoeuvre.

Congrats to the Tesla owner who sacrificed damage to his own car to bring a car with an unconscious driver safely to a stop!

In appreciation, Tesla is providing all repair costs free of charge and expedited. https://t.co/D68HNJcCoQ

Cheers to Rory Kirwan for sending this our way.
Got a story for JOE? Hit us up on Facebook or Twitter, send it to our WhatsApp number 087-4001102 or mail editorial@JOE.ie.


popular
QUIZ: How well do you remember these classic PS2 games?
Tayto have launched two brand new crisp flavours for you to get stuck into
Study shows it takes men four months of dating before they’re happy to share food with their partner
It's Week 20 of JOE's 19 in 90 quickfire quiz
Here are all the best new titles coming to Netflix in March
The story behind Netflix's latest true crime documentary is absolutely off-the-wall bonkers
Met Éireann issues status yellow rainfall warning for four counties
You may also like
22 hours ago
A breakdown of the radical new immigration points system proposed for the UK
2 days ago
World's richest man commits $10 billion to help fight climate change
2 days ago
Irish passengers are on board two ships where the coronavirus has been detected
4 days ago
R. Kelly faces new charges alleging sexual abuse against a minor
1 week ago
242 new deaths recorded on deadliest day of coronavirus outbreak
1 week ago
113 animal species require "urgent help" following Australian fires
Next Page