Counting has begun. In a few short hours, we will know for certain what the official result of the referendum is.

And whether or not Ireland has voted to remove The Eighth Amendment from the constitution.

END_OF_DOCUMENT_TOKEN_TO_BE_REPLACED

Counting is underway around the country as the boxes are cracked open and he voting slips are divided into their respective piles.

Although it's early days, much of the voting so far seems to reflect the exit polls that were released on Friday night, one from RTÉ (carried out by Behaviour & Attitudes) and the other from the Irish Times (Ipsos MRBI), both of which showed an overwhelming support for a YES vote. Both polls show that almost 70% of people have voted in favour of repealing The Eighth Amendment.

As tallies are counted up across the country, photos are being taken of the tally sheets which are showing a much greater number of YES votes than NO.

The three photos below were taken at the RDS polling centre. 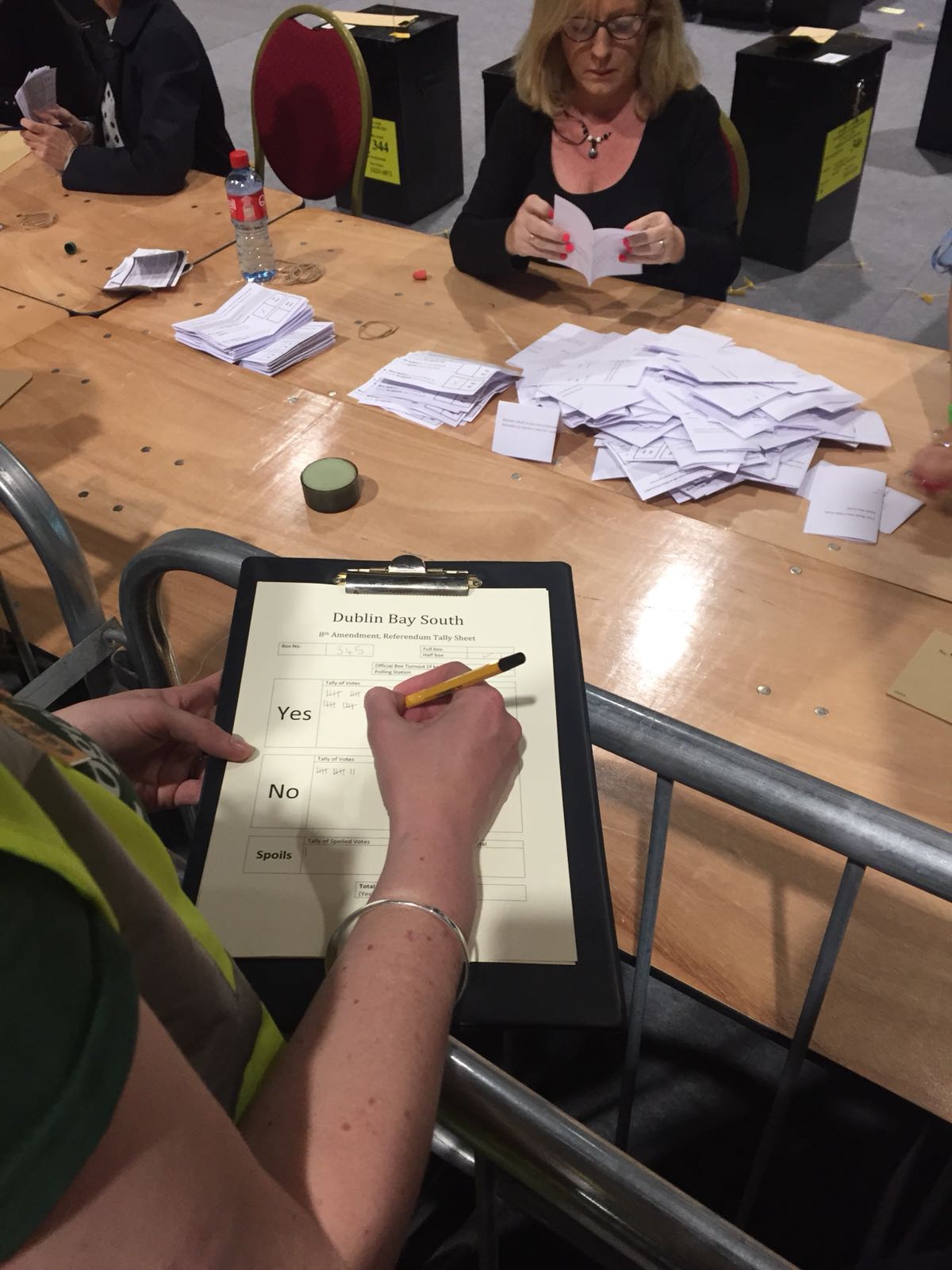 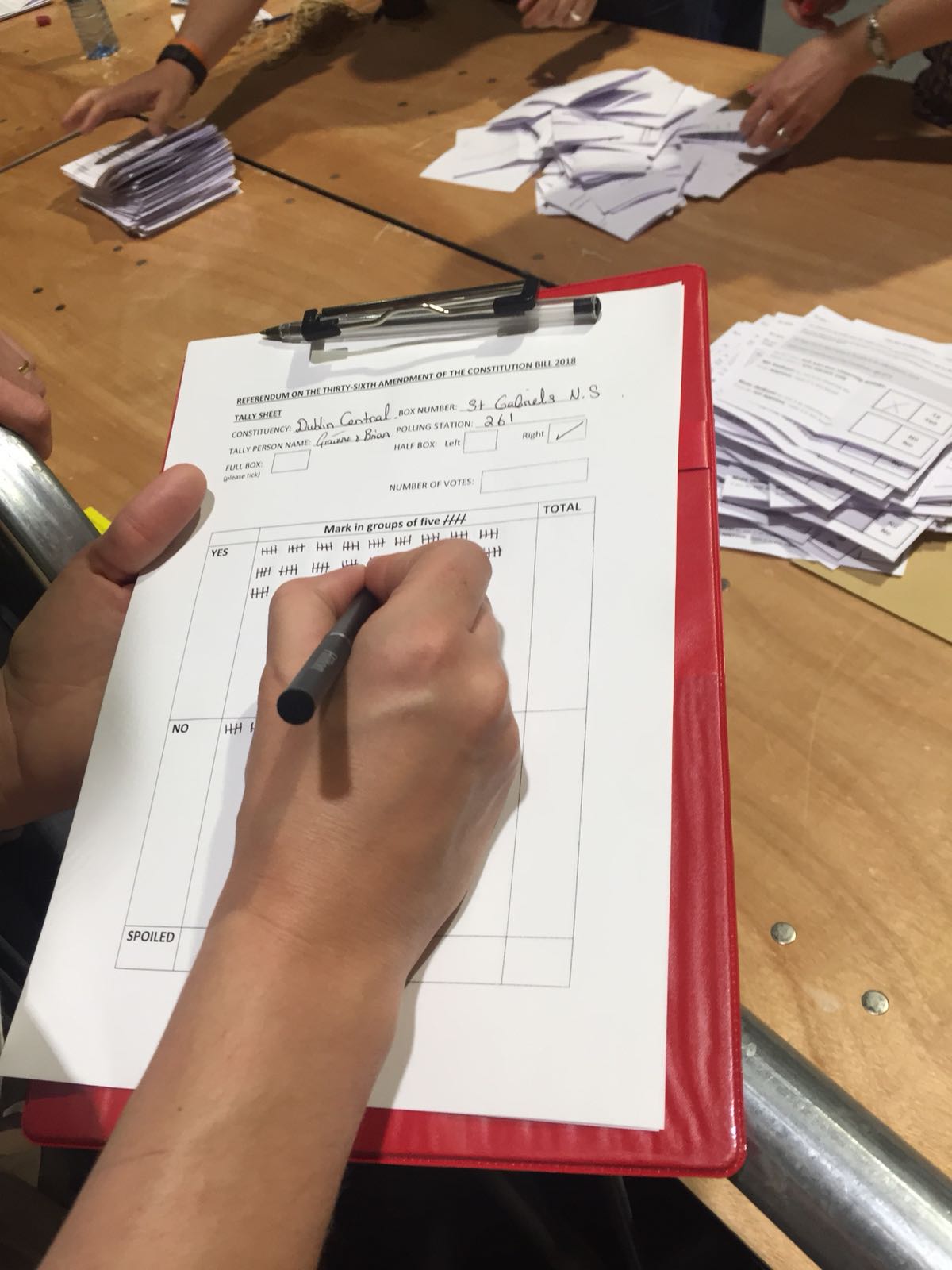 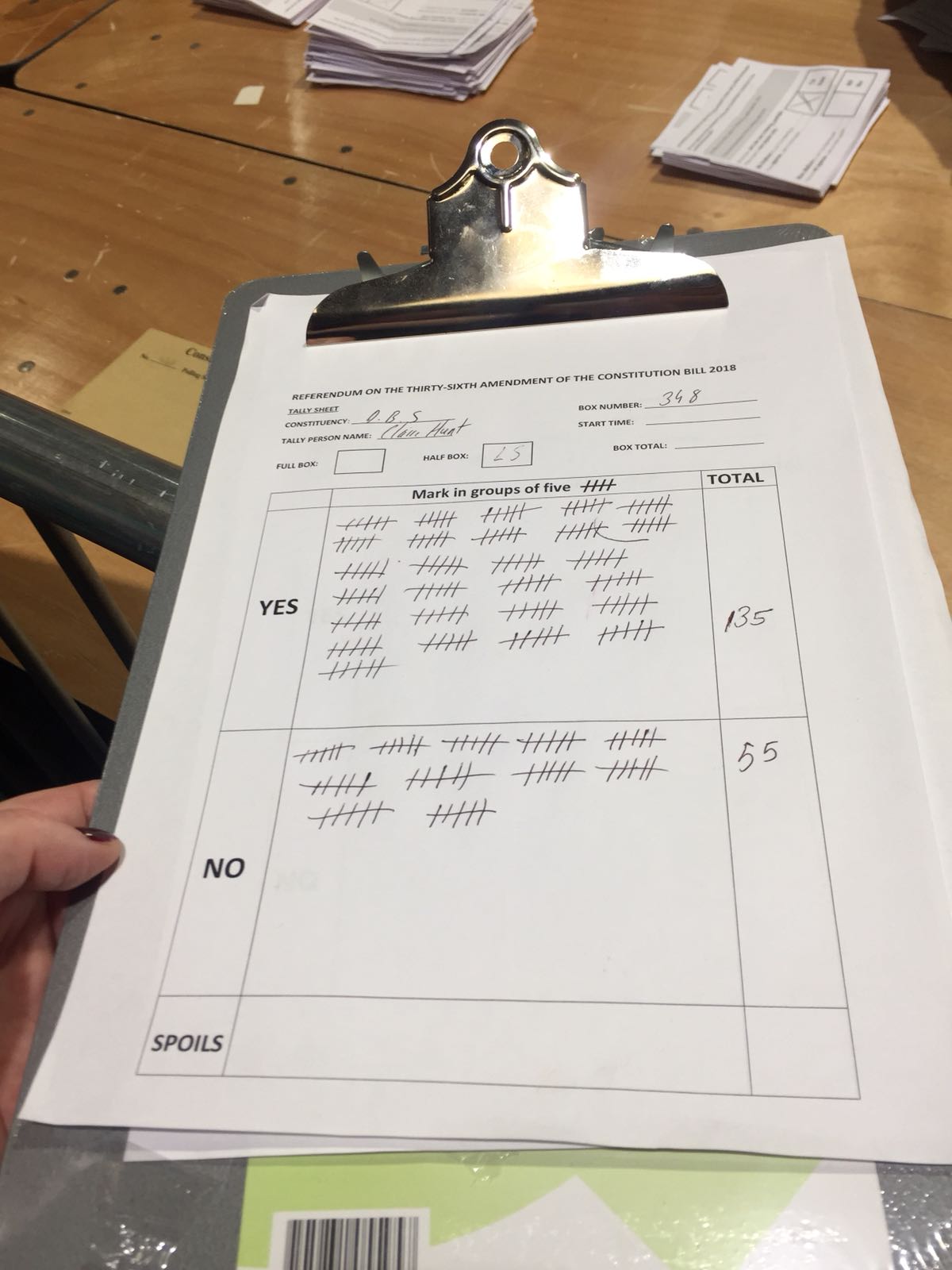 First box i tally in #dubw is from St Philip the Apostle in Mountview.
70% Yes vote. Actually ran out of space on my sheet pic.twitter.com/tqFPsUj41c

Tally showing 4 to 1 for Yes in a box from St Canice's Finglas! pic.twitter.com/IuYmxzX1YD

A tally of box 140, #CorkSouthCentral — the margin between Yes and No is huge. #8thRef @rtenews pic.twitter.com/IL2jZWlgY9

popular
The new film from the creators of South Park is going to get some big reactions
The JOE Movie Quiz: Week 137
Put the pedal to the metal with this General Knowledge Quiz
That Nic Cage film everyone is talking about is finally available to watch at home
One of Ryan Gosling's best performances is among the movies on TV tonight
Location of winning Lotto jackpot ticket worth €19.06 million confirmed
The JOE Friday Pub Quiz: Week 277
You may also like
1 day ago
Chapters Bookstore announces closing date after 40 years in business
1 day ago
Tributes pour in after former RTÉ western editor Jim Fahy dies aged 75
1 day ago
Musicians pay moving tribute to Ashling Murphy on Late Late show
1 day ago
Body of man found in unexplained circumstances in Donegal
1 day ago
"I'm not as safe as other people." People medically exempt from receiving Covid boosters face uncertain future
2 days ago
Murphy family requests "privacy, space and time" to process Ashling's death
Next Page