Picture: So the entrance to this giant snowman bouncy castle looks like a vagina

Which means that we should probably, nay, definitely be referring to it as a giant snowwoman

Tongues have most certainly been wagging after the makers of this giant snowman bouncy castle in Chicago appeared to have not done the best job on design, and accidentally given it a vagina as an entrance.

Now we don't claim to be doctors or masters of human biology, but we're confident enough that we know what that particular part of the female anatomy looks like, and this snowman/woman is most certainly in possession of one. 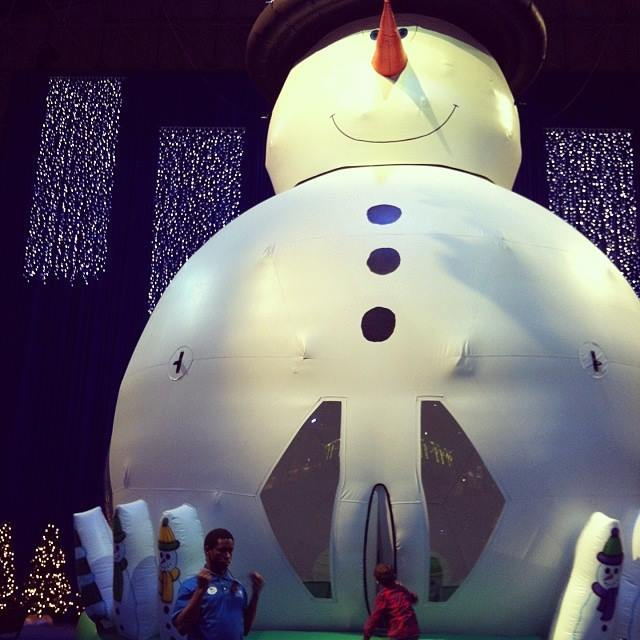 END_OF_DOCUMENT_TOKEN_TO_BE_REPLACED

According to the folks at Jezebel, who shared the picture, the entrance to the "38-foot-tall bouncer" was actually quite difficult to get through, as it was a sort of wind tunnel. If you're interested in heading to Chicago to check it out and maybe have a go, there are a few rules in place, one of which is that you need to measure over 36 inches to get in. That's 36 inches in height, of course, get your filthy minds out of the gutter.

Hat tip to Jezebel and Julie Coe for the picture

popular
Here's how to make €9-11 on Revolut in just a few minutes
Green Party representative calls for a temporary ban of stag and hen parties in Ireland
Pop Idol star Darius Campbell Danesh has died, aged 41
Off-duty Garda arrested in Tipperary on suspicion of drink driving
QUIZ: You won't be able to correctly guess the meaning of all these words
Murder investigation launched following death of 75-year-old woman in Kerry
QUIZ: You'll do well to get 100% in this General Knowledge Quiz
You may also like
4 days ago
WATCH: Flight makes scary 'lowest ever landing' at Greek airport, narrowly avoiding plane spotters
4 days ago
Actress Anne Heche "not expected" to survive coma following car crash
1 week ago
Ryanair expects "zero disruptions" from strikes by Spanish cabin crew unions
1 week ago
Archie Battersbee dies aged 12 as life support is withdrawn
1 week ago
Actress Anne Heche reportedly in critical condition after fiery car crash
1 week ago
Too little too late for sorry Alex Jones as he's hit with $4 million bill over Sandy Hook conspiracy claims
Next Page