Pictures: People being awesome after the tragic train crash in Spain

Although Spain has been struck with this awful tragedy, there have been some touching moments as people banded together to lend a hand in any way they could

Whether you were up late last night or woke up this morning to hear the news, you can't help but have been affected by the terrible tragedy which occurred in Galicia last night.

A train, carrying over 200 passengers, derailed at a sharp bend, spilling the carriages off the track. Currently, the death toll is over 70, and with at least a hundred more injured, there have been some harrowing images and stories released today.

END_OF_DOCUMENT_TOKEN_TO_BE_REPLACED

However, there have also been images which have been touching for a very different reason, as ordinary people in Galicia, where the incident occurred and around the country have banded together to help. Here are just some of those fantastic moments that reaffirm our faith in humanity when something like this happens.
Here, a policeman and someone who came to lend a hand lead an injured man from the scene of the crash: 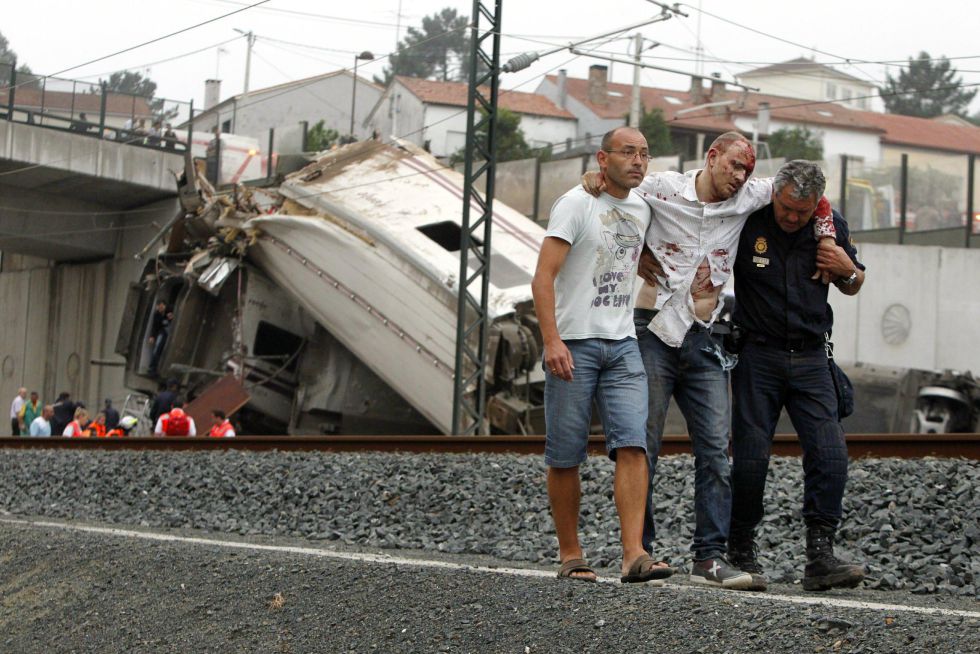 As the information trickled out about what was occurring, thousands of people, both in Galicia and in Madrid, turned up at their local hospitals to donate blood and help in any way that they could, forming huge queues outside and waiting through the night to play their part in the rescue efforts. 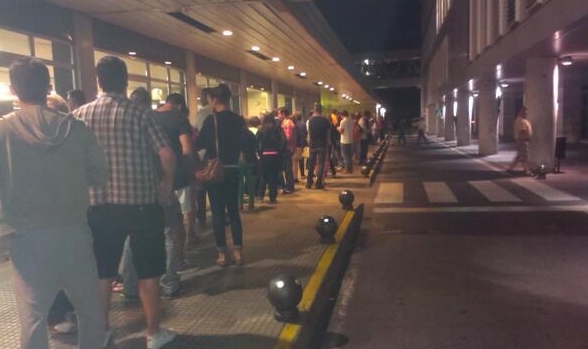 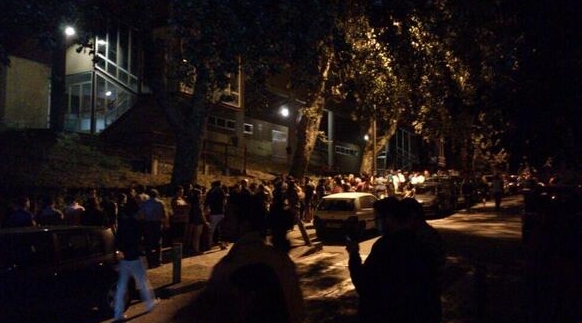 Shell shocked but still willing to help, fellow passengers and local residents alike got involved in rescuing as many people from the wreckage as they could. 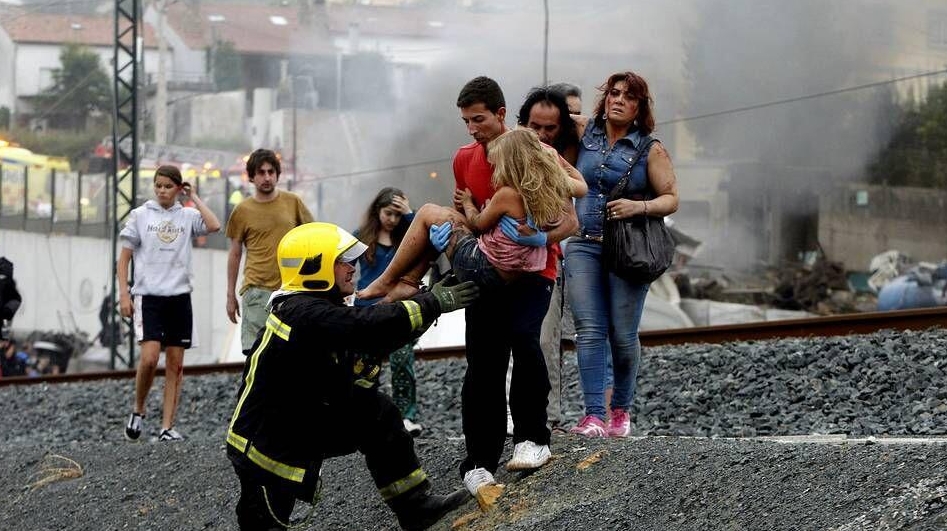 This final image one that may well become the iconic picture of this crash, as a fireman carries an injured child from the wreckage, proving that you don't need to wear a cape to be a hero. 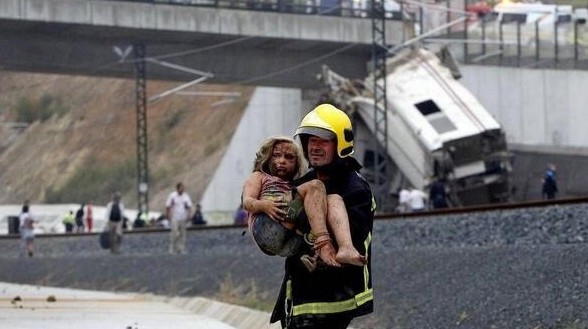 If you're concerned about anyone that you may have known in the area who could have been on the train, then you can get in contact through the following phone numbers:

You can send your messages of support through the hashtag #AnimoGalicia on Twitter, and our thoughts are with the people of Santiago in this difficult time.

popular
Jeffrey Dahmer’s dad thinks he knows what’s to blame for son becoming a serial killer
Two new 24-hour bus services are coming to Dublin
QUIZ: Test your knowledge with this Ultimate Friends Character Quiz
Why Bran Stark is the true villain of Game of Thrones
House Of The Dragon is already better than Game Of Thrones
Amazon Prime Video has just added 20 very big movies to its library
WATCH: HBO's The Last Of Us trailer is finally here and it is brilliant
You may also like
2 months ago
Ryanair cabin crew in Spain announce 12 days of strikes in July
7 months ago
Irish teacher reportedly stabbed at Spanish school by 13-year-old pupil
10 months ago
Man dies after being gored at bull-running festival in Spain
1 year ago
Spanish town offering free houses and jobs to entice people to move there
1 year ago
Spain reopens borders to all vaccinated tourists
1 year ago
Spain to legalise euthanasia from June in landmark ruling
Next Page