Pope Francis on Wednesday compared abortion to hiring a "hit man to solve a problem," and reiterated his statement about the "depreciation of human life", a point he also made on his visit to Ireland earlier this year.

During his weekly audience on Saint Peter's Square, Francis steered from his prepared text to make the declaration, and is one of his most damning statements yet on abortion. 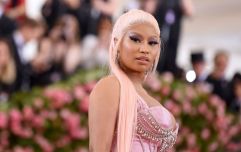 END_OF_DOCUMENT_TOKEN_TO_BE_REPLACED

"Interrupting a pregnancy is like eliminating someone," Francis said.

"Is it fair to hire a hit man to solve a problem? It is not fair. We cannot take out a human being, even if it is small."

On his recent trip to Ireland, Francis questioned whether a change in culture had made people less empathetic towards other members of society, including the unborn.

He asked whether the "materialistic, throwaway culture"  has made people "increasingly indifferent to the poor and to the most defenceless members of our human family, including the unborn, deprived of the very right to life".

His words come just days after he laid the blame for clerical abuse and divisions in the Catholic Church at the feet of the devil itself.

In a statement earlier this week, Francis said: "(The Church must be) saved from the attacks of the malign one, the great accuser and at the same time be made ever more aware of its guilt, its mistakes, and abuses committed in the present and the past."

The Big Reviewski || JOE · The Big Reviewski with Y: The Last Man, that Malignant ending & a secret streaming service
popular
The JOE Friday Pub Quiz: Week 261
A brilliant Irish psychological thriller and 5 more movies and shows to watch this week
Copper Face Jacks sets reopening date after being closed for 18 months
Employers cannot ask staff to reveal their vaccination status, confirms Government
Miriam O'Callaghan had no patience for Stephen Donnelly's "gibberish" on Prime Time
"Variable speed limits" to be introduced on the M50 in the coming weeks
The 50 most iconic songs of all time* have been revealed
You may also like
3 days ago
Apple issues emergency software updates after major security issue identified
4 days ago
SpaceX to launch first all-civilian crew into orbit
5 days ago
UK confirms planned use of vaccine passports in nightclubs will be scrapped
6 days ago
Seven must-see 9/11 movies and documentaries to watch right now
6 days ago
How TV stations across the world first reported the September 11 attacks
1 week ago
Former President of Afghanistan apologises for fleeing Kabul - "it was the only way"
Next Page