As part of the annual Good Friday tradition, the Pope gave a candlelit speech to some 20,000 people at the Colosseum in Rome, and this year he focused his speech on the "shame" of humanity today.

Covering topics from the abuse scandal within the church to the deaths caused by forced migration in Europe, Pope Francis gave a two hour service before reading aloud from a prayer he wrote.

The Pope said: "Also this year we return to you with our eyes lowered in shame and a heart full of hope. In shame for all the scenes of devastation, destruction, and drownings that have become ordinary in our lives." 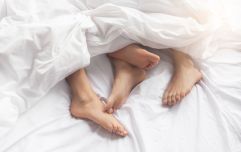 END_OF_DOCUMENT_TOKEN_TO_BE_REPLACED

"In shame for the daily spilling of the innocent blood of women, children, immigrants and persons who are persecuted for the colour of their skin or because of their ethnicity or social standing and social diversity for their faith in you. Shame for all the times that we bishops, priests, brothers and nuns scandalised and wounded your body, the Church."

Meanwhile, the Archbishop of Dublin Diarmuid Martin made similar statements at the Good Friday event in the Phoenix Park.

Archbishop Martin said: "Scandals within the Church, bitterness and division, empty ritual, a false clerical culture of superiority, judgementalism of people who Jesus would have welcomed, have all contributed to darkening the possibility of many to recognise the true Jesus."

"Pope Francis constantly warns of the danger of a Church which is just inward looking, protective of its institution, arrogant rather than merciful."

popular
Patient arrested after switching off roommate's ventilator because it annoyed her
Winter warning issued as "severe" week of cold weather in store for Ireland
Dancing with the Stars has added a very surprising contestant
Peter Kay moved to tears on stage while opening his first stand-up tour in 12 years
U2 drummer Larry Mullen Jr. says band may perform without him in 2023
20 years ago, one of the best sci-fi movies of the 21st century was a box-office bomb
Simon Cowell concerns fans with appearance as they 'don't recognise him'
You may also like
2 months ago
Man hasn't put arm down for 10 years - and this isn't even a world record
1 year ago
OPINION: Government must end religious discrimination in Irish schools
2 years ago
Galway parish reports record high attendance at Ash Wednesday drive-thru
3 years ago
Record numbers of people attend drive-thru Ash Wednesday service in Galway
4 years ago
Irish people’s love of a short mass summed up in one great story by the man behind Father Ted
4 years ago
Father Ted co-creator gives update on the progress of Pope Ted the musical
Next Page