Labour, Sinn Féin and the Greens have rebuked Eoghan Murphy.

Calls for Minister for Housing Eoghan Murphy to leave his post have mounted following the TD's controversial comments on "co-living" developments being planned in Dublin.

Plans for Barta Capital will see bedrooms measuring 16.5 square metres, smaller than the recommended size of a disabled parking spot, go on the market at proposed prices of €1,300 per month. The development will also see kitchens shared between 41 tenants. 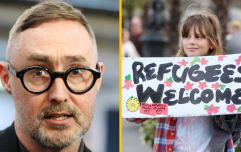 END_OF_DOCUMENT_TOKEN_TO_BE_REPLACED

"This is a generation that has a different approach to things; they will sacrifice certain things for others, as we all did when we were younger," said Murphy, whose father was a Senior Counsel and leading member of the Mahon Tribunal team, for which he was paid in excess of €2.3m, according to the Irish Independent.

Murphy also referred to the plans as "exciting."

He has since come in for criticism on social media, as well as from other politicians.

At leader's questions in Dáil Éireann today, Cork North-Central TD Mick Barry asked Leo Varadkar if he was not "tempted" to give Murphy "the sack". 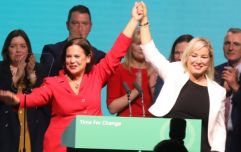 END_OF_DOCUMENT_TOKEN_TO_BE_REPLACED

Similarly, Ciarán Cuffe of the Green Party has called for Murphy's resignation, saying: "Minister Murphy's comments are inexcusable. He is out of touch with what is happening in Dublin, he must resign. There is a lost generation sleeping on couches and in homeless accommodation who will be outraged at these remarks.

"We are in a housing crisis, we need to build and we need capable leadership at home and in Europe to deliver housing in the numbers needed to tackle the crisis."

Eoin O Broin, housing spokesperson for Sinn Féin, has compared the new developments to "tenements of the future." O Broin said: "The Minister’s comments about young people having to make sacrifices in terms of rental accommodation are quite frankly bizarre. Young people are facing rising costs for rents, insurance, and education and the Minister’s patronising comments were not helpful."

"The Minister must also stop promoting this as a cheaper alternative to the traditional house share. It is not.  Some of the co-living developments will command rents of up to €1,300 per month. Minister Murphy’s time would be better spent rolling out affordable cost rental." 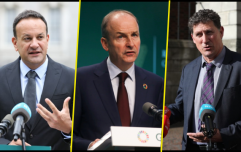 END_OF_DOCUMENT_TOKEN_TO_BE_REPLACED

At present, average monthly rental in Ireland is €1,300 per month, meaning that the Barta Capital development objectively does not represent a "cheap" alternative. This figure is €300 higher than the 2008 peak.

Labour's housing spokesperson Jan O'Sullivan said: "The most recent proposal from Minister Murphy really is scraping the bottom of the barrel with Fine Gael’s housing policy. I don’t know of any young worker who would be ‘excited’ to live in a box room. The lack of affordable housing and a strong state response is forcing people to pay more and more for housing.

"The Minister says young workers should be “excited” about these ‘single occupancy bed spaces’. What he actually means is low income earners should be grateful for anything that this government throws at them.

“Minister Murphy has been wrong before, but this signals a new departure. His lack of awareness of the needs of those desperate to find housing is staggering and frankly this level of ignorance of the real struggle people are facing is unacceptable."

In addition to the renting crisis, Murphy has also presided over homelessness that has increases month after month. Currently there are at least 10,305 homeless people in Ireland. This is compared to 7,941 when Murphy took office, according to Focus Ireland.

popular
The JOE Friday Pub Quiz: Week 331
New Netflix series deserves to be as big as Stranger Things
QUIZ: JOE's Big News Of The Day Quiz #39
Couple left mortified after best man delivers incredible punchline during speech
All of the new Netflix movies and shows arriving in February
BBC apologises after calling Paul Mescal 'British' in Oscar coverage
Forspoken breaks the golden rule of gaming... and not in a good way
You may also like
3 months ago
"Spineless and baseless" – Norma Foley blasts "no policies" Sinn Féin
4 months ago
Fine Gael Councillor slams attendees of cost of living crisis protests
4 months ago
New poll suggests that Fine Gael support is at record low
5 months ago
Defence Forces soldier recovering after collapsing during Taoiseach's Michael Collins speech
6 months ago
Varadkar says "the cake will get smaller for everyone" if Sinn Féin take over
6 months ago
Taoiseach says Irish people actually don't want a general election, thanks
Next Page