Rebekah Vardy and Coleen Rooney have been in a row over a social media post since October 2019.

Judge Justice Steyn issued the verdict on Friday, saying that she accepted that Rooney's social media post revealing the leak claims was "a matter of public interest" due to "the undesirable practice of information (in the nature of mere gossip) about celebrities' private lives being disclosed to the press by trusted individuals".

END_OF_DOCUMENT_TOKEN_TO_BE_REPLACED

Vardy and Rooney have been embroiled in a high-profile legal battle over a viral social media post from October 2019, where Rooney claimed Vardy was leaking stories about her to the press.

Regardless of the outcome, the legal costs for each side will be upwards of £1 million, the BBC earlier reported.

In the social media post, Rooney, 36, said she had carried out a “sting operation” and accused Vardy, 40, of leaking “false stories” about her private life. 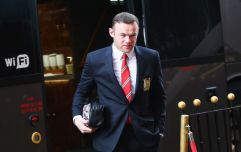 END_OF_DOCUMENT_TOKEN_TO_BE_REPLACED

The wife of former England star Wayne Rooney publicly claimed Vardy’s account was the source behind three fake stories she had posted on her private Instagram account.

Vardy, who is married to Leicester striker Jamie Vardy, denied leaking the stories and sued her fellow footballer’s wife for libel, while Rooney defended the claim on the basis her post was “substantially true”. 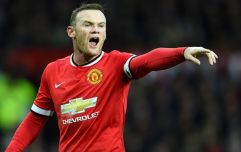 END_OF_DOCUMENT_TOKEN_TO_BE_REPLACED

Coleen had reportedly told friends she is "confident" of winning the High Court libel battle.

After the trial concluded in May, a source close to Rooney told the Sunday Mirror: “After the trial, Coleen had a cup of tea and packed her bags for holiday, confident she had won.

But Hugh Tomlinson QC, for Vardy, said Rooney had “failed to produce any evidence” during the trial that Vardy had “regularly and frequently abused her status as a trusted follower” of her private Instagram account by passing on information from it to The Sun.

Tomlinson said the libel battle was a “very simple case” when “one clears away the conspiracy theories”.

He added: “Mrs Vardy’s case is and always has been that she did not leak the information nor did she authorise anyone else to leak.

popular
5 years ago, Hollywood took a massive gamble on a huge sequel... and lost big time
Netflix has just added 12 very big movies to their library
One of the most underrated crime thrillers of recent years is among the movies on TV tonight
Mystery over 'dead husband' spotted in Indian restaurant has been solved
Netflix backtracks on anti-password sharing measures following user outcry
QUIZ: JOE's Big News Of The Day Quiz #40
The JOE Friday Pub Quiz: Week 332
You may also like
3 years ago
Coleen Rooney accuses Rebekah Vardy of leaking stories to The Sun after elaborate plot to catch her out
4 years ago
Wayne Rooney's mugshot released after his arrest for 'public intoxication and swearing'
4 years ago
Wayne Rooney 'arrested on public intoxication and swearing charges' in Washington D.C.
4 years ago
WATCH: People are loving Wayne Rooney's magic moment in the MLS
5 years ago
Rio Ferdinand finally reveals if he ever did get that lift off Wayne Rooney
1 week ago
Harvard study reveals how many times men should ejaculate each month to stay healthy
Next Page