The statue near the Grand Canal in Dublin was given a new look on Thursday night.

Supporters of the Repeal movement added their own take to one of Dublin’s most iconic statues on Thursday ahead of the referendum on the Eighth Amendment later this month.

On Thursday night, a projection appeared on the side of the Treasury Building’s Aspiration statue, adding a new meaning to the figure of a woman climbing the building, which is located in Grand Canal Dock in Dublin.

The statue, originally created in 1995 by artist Rowan Gillespie and intended to commemorate Ireland’s struggle for freedom, was updated with a projection that added a ball and chain to the climbing woman with a heavy metallic number 8. 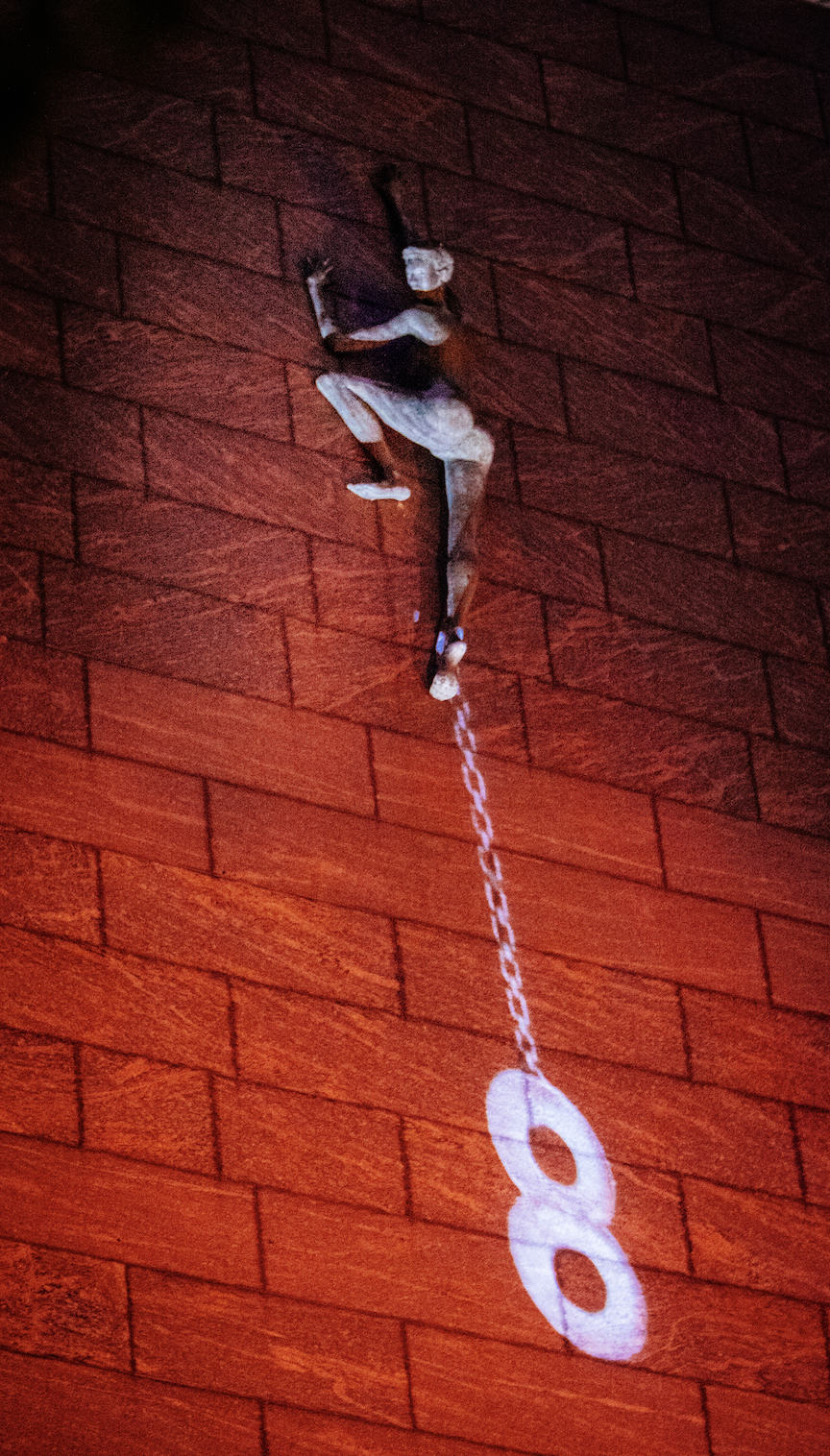 Shooting stars set to light up Ireland's skies this weekend

END_OF_DOCUMENT_TOKEN_TO_BE_REPLACED

The projection, those behind it say, is intended as a stark reminder of the fight for reproductive rights for the women of Ireland, and the burden of the Eighth Amendment.

“The original intention of the sculpture was to represent the country’s struggle for freedom, and this remix continues that narrative with a shift toward the struggle of Irish women to gain reproductive freedom,” the projection artists noted.

popular
The JOE Friday Pub Quiz: Week 307
WATCH: Flight makes scary 'lowest ever landing' at Greek airport, narrowly avoiding plane spotters
Netflix has just added an incredibly tense 97-minute thriller
Actress Anne Heche "not expected" to survive coma following car crash
Prime Video has just added 25 very big movies to its library
This new true-life disaster show is being called one of the grimmest, bleakest shows ever made
Woman in her 20s dies following fatal assault in Meath
You may also like
3 hours ago
Major US healthcare company to create 1,000 jobs in two counties
17 hours ago
Teenager airlifted to hospital after being seriously injured in Clare tractor crash
20 hours ago
Irish people could be treated to spectacular sights in the sky over the next few nights
22 hours ago
Puck Fair takes down goat from cage due to "unprecedented" hot weather
22 hours ago
Man in his 70s dies in workplace accident in Roscommon
1 day ago
Four Irish food businesses were served with closure orders in July
Next Page