Motorists have been advised not to travel in areas affected by a Status Red weather warning, which now applies to the entire country.

A significant number of roads throughout the country have been adversely affected by snow and ice overnight on Wednesday as a red weather warning has been extended to the entire country.

Motorists throughout Ireland have been urged to avoid taking to the roads unless absolutely necessary and, if they must travel, to stick to main roads that are likely to have been gritted, to slow down, to allow extra time for their journey and to clear any snow off their vehicles before setting off.

New powers to allow Gardaí request the passcode for smartphones

END_OF_DOCUMENT_TOKEN_TO_BE_REPLACED

AA Roadwatch have listed a number of roads on which driving will prove particularly hazardous on Thursday morning (see below), so make sure to plan your route in advance before getting behind the wheel.

For updates throughout the day, check out the AA Roadwatch website.

END_OF_DOCUMENT_TOKEN_TO_BE_REPLACED

Conditions are treacherous along parts of the M1, M50 and on the N3. Take extreme care, especially at interchanges.

In Tallaght, conditions remain poor due to snow, particularly on higher ground.

Routes around Wicklow are dangerous due to the snow and ice. In Arklow, Kilcarra Rd (R747) from Arklow to Kilcarra is impassable due to very icy conditions and motorists are advised to avoid this route for the foreseeable future. 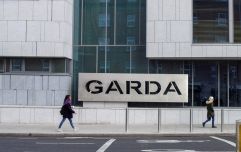 END_OF_DOCUMENT_TOKEN_TO_BE_REPLACED

The Old Military Rd (R115) is closed until further notice from the View Point to the Sally Gap.

Gardaí are advising extreme caution in Galway City following heavy snowfall overnight, especially around the docklands. Roads around Loughrea and Ballinasloe are also very dangerous due to heavy snowfall. In Gort, take care on all routes due to the snow especially the N18.

Compacted snow has left routes around Cahir, Roscrea and Nenagh very slippery. Routes around Clonmel Town and Thurles are very bad due to ice also.

Conditions are particularly poor around Athy due to very icy conditions. Extra care is advised on the M9 at J3 Athy.

Heavy snow is lying in Navan with road conditions treacherous. In Trim, strong winds and snow and making visibility quite poor.

A lot of snow is lying in Mullingar and Athlone in Westmeath. Extreme care is needed on all routes. Avoid the N4 at Ballinalack as a number of vehicles have become stuck and are blocking the road.

Road conditions are treacherous in Longford Town and Granard.

Conditions are poor around Thomastown in Kilkenny.

Road conditions are extremely icy and dangerous in Portlaoise in Laois. The Mountrath/Birr Rd (R440) is closed between Mountrath and Kinitty due to icy conditions.

There are poor driving condition along the N17 between Tobercurry and Collooney.

Snow and ice mean roads are dangerous around Carrick-On-Shannon. The N4 is passable with care.

Gardaí in Roscommon report very snowy conditions around the town including on the N61 and the N63, so take extra care.

The Big Reviewski || JOE · TBR Spotlight: Loki Episode One - 'Glorious Purpose'
popular
New powers to allow Gardaí request the passcode for smartphones
QUIZ: Can you name all of these counties from their nicknames?
The JOE Movie Quiz: Week 106
Matt LeBlanc has seen the memes of him as every Irish auld lad and very much enjoyed them
QUIZ: Take on this tasty challenge of your General Knowledge skills
The JOE Friday Pub Quiz: Week 247
The JOE Music Quiz: Week 61
You may also like
17 hours ago
People all over Ireland enjoy the sunshine as temperatures soar on "hottest day of the year"
18 hours ago
James Geoghegan said planners of concrete social spaces "should be shot"
19 hours ago
315 new cases of Covid-19 reported across Ireland
20 hours ago
Britain and Ireland travel rules could be tightened over Delta variant concern, says Simon Coveney
21 hours ago
Micheál Martin says extension of Northern Ireland protocol would be "problematic"
23 hours ago
Failure by Gardaí to respond to domestic violence calls "of deep concern", says Women's Aid
Next Page