Roy Keane is suing bookmaker Paddy Power over the Braveheart mock-up that appeared on the day of the Ireland v Scotland Euro 2016 qualifier last month.

Keane claims that the use of his face, superimposed on the face of the film's star Mel Gibson, infringes on his image right.

The Irish Times reports that he has hired A&L Goodbody to represent him in the case, while Paddy Power has taken on law firm Arthur Cox to defend itself.

The billboard was fixed on to the back of an articulated truck and parked close to the Aviva Stadium on the day of the match on June 13th.

It read: 'You May Take Our Points, But At Least We Have Our Freedom (Ya Wee Pussies)' 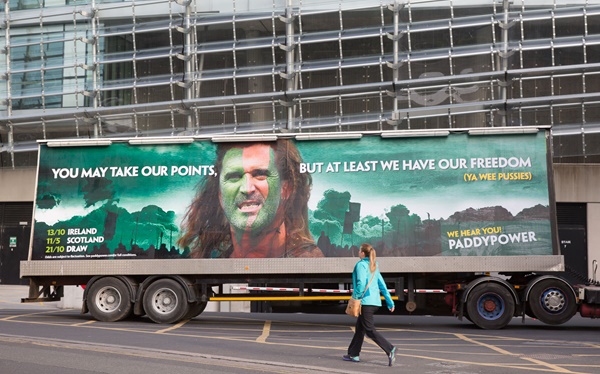